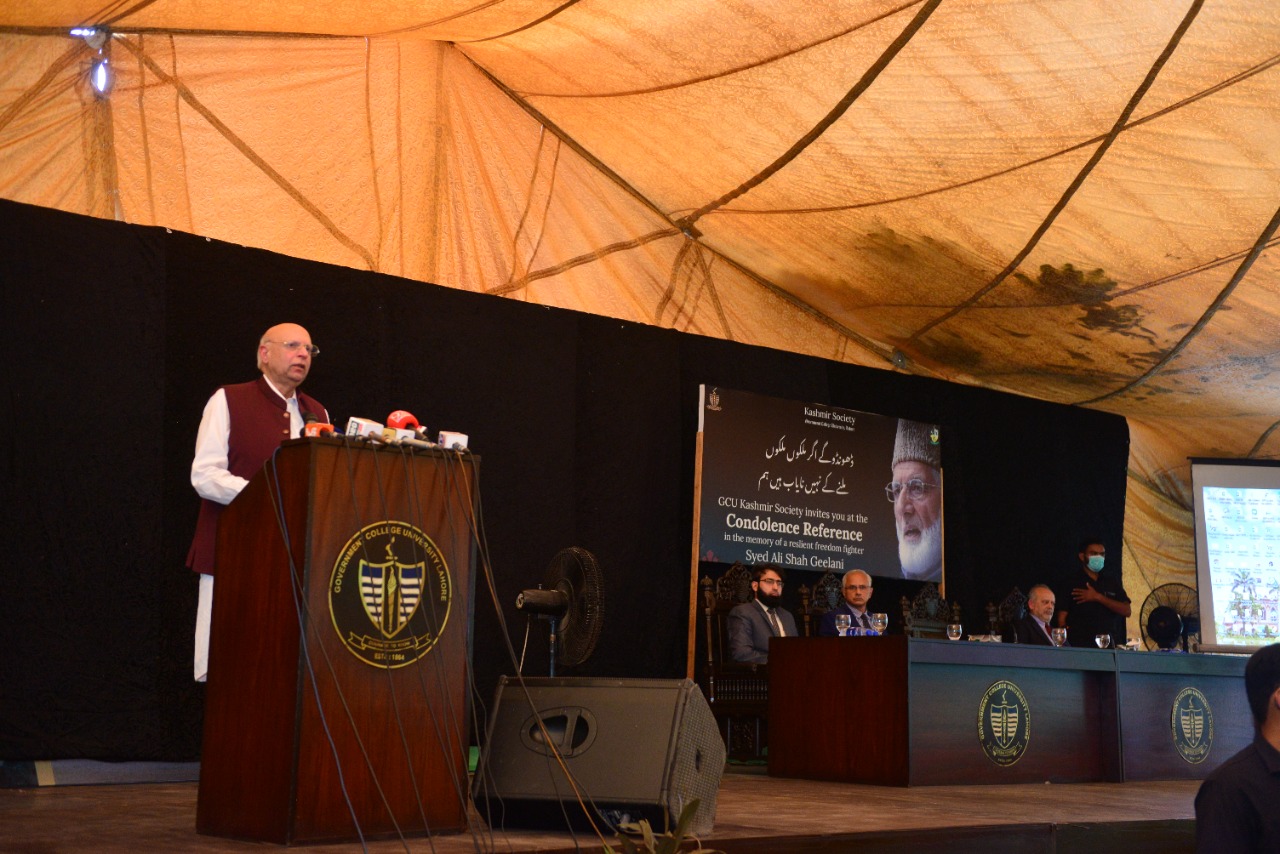 Punjab Governor Chaudhry Mohammad Sarwar has announced establishing a research chair at the Government College University Lahore in the name of the late Syed Ali Shah Geelani, the veteran Kashmiri separatist leader and former chief of the All Parties Hurriyat Conference.
The governor was addressing a condolence reference for the late Syed Ali Geelani which was organized by the Kashmir Society of GCU Lahore. Vice Chancellor Prof. Dr. Asghar Zaidi, Dr. Syed Mujjahid Gilani, the grandson of Syed Ali Geelani, and eminent journalist Salman Ghani were also present.
Speaking on the occasion, Chaudhry Sarwar paid tribute the courageous struggle of Mr. Geelani, saying that he had struggled all his life for his people and their right to self-determination. He said Geelani was an uncompromising campaigner against Indian rule in Kashmir, and he devoted his entire life to the independence of Kashmiris.
"Syed Geelani always looked in the eyes of enemy and loudly said we are Pakistan and Pakistan is ours," the Punjab governor said.
He also announced that a block in Punjab University would be named after the Syed Ali Gilani.
Vice Chancellor Prof. Asghar Zaidi also highlighted Geelani's decades-long struggle for Kashmiris' right to self-determination, saying that the great Kashmiri leader suffered incarceration and torture by the occupying Indian state but remained resolute. He welcomed the decision of the governor to establish the Syed Ali Geelani Chair at GCU.
The participants prayed for Syed Geelani and conveyed their condolences to his family.