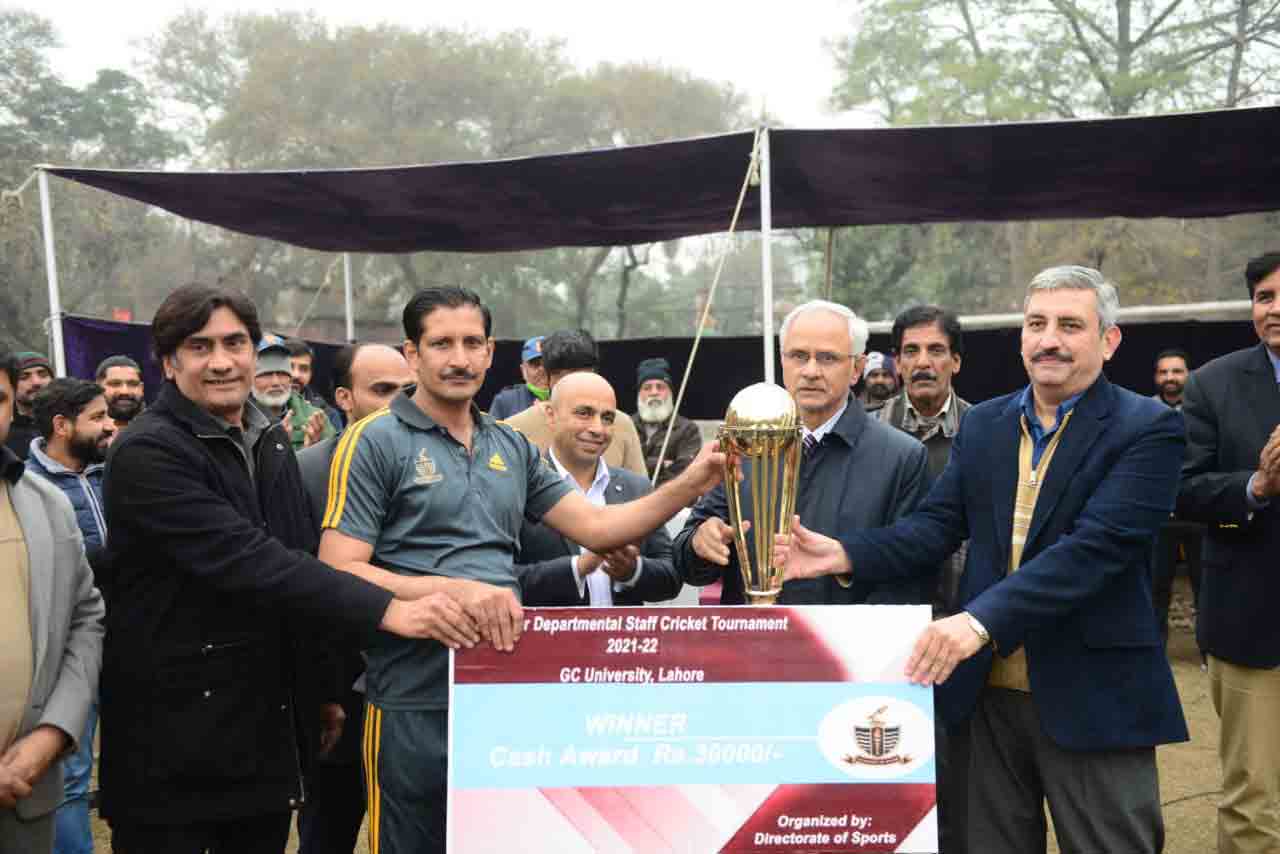 The Security Staff of the Government College University, Lahore has won the 7th GCU Staff Inter-Departmental Cricket Tournament 2022 defeating the team of Treasurer Office in the finals by 42 runs. As many as 17 teams took part in the tournament. Vice Chancellor Prof Dr Asghar Zaidi was the Chief Guest at the final match, while Registrar Dr. Shaukat Ali, Controller Examinations Muhammad Shahazad and Director Sports Muhammad Waseem were also present.
The Security team decided to bat first after winning the toss. They scored 178 runs in just 8 overs. Security Guard Shahid Mehmood was declared the man of the match for scoring 120 runs.
The Treasurer Office failed to chase the score and surrendered at 136 runs for the loss of four wickets.
Addressing the prize distribution ceremony, Vice Chancellor Prof Zaidi said that such sports activities eliminate discrimination among staff and unite them as strong team which can fight any challenge. He pledged that they would continue to organise such sports activities for staff and faculty, so that they do their work with more commitment and dedication.
He applauded the efforts of organizing committee. He appreciated that staff members from the rank of Vice Chancellor, Treasurer to Junior Clerk and Naib Qasid participated in the tournament. He said all staff members were equal and were like family members to each other. 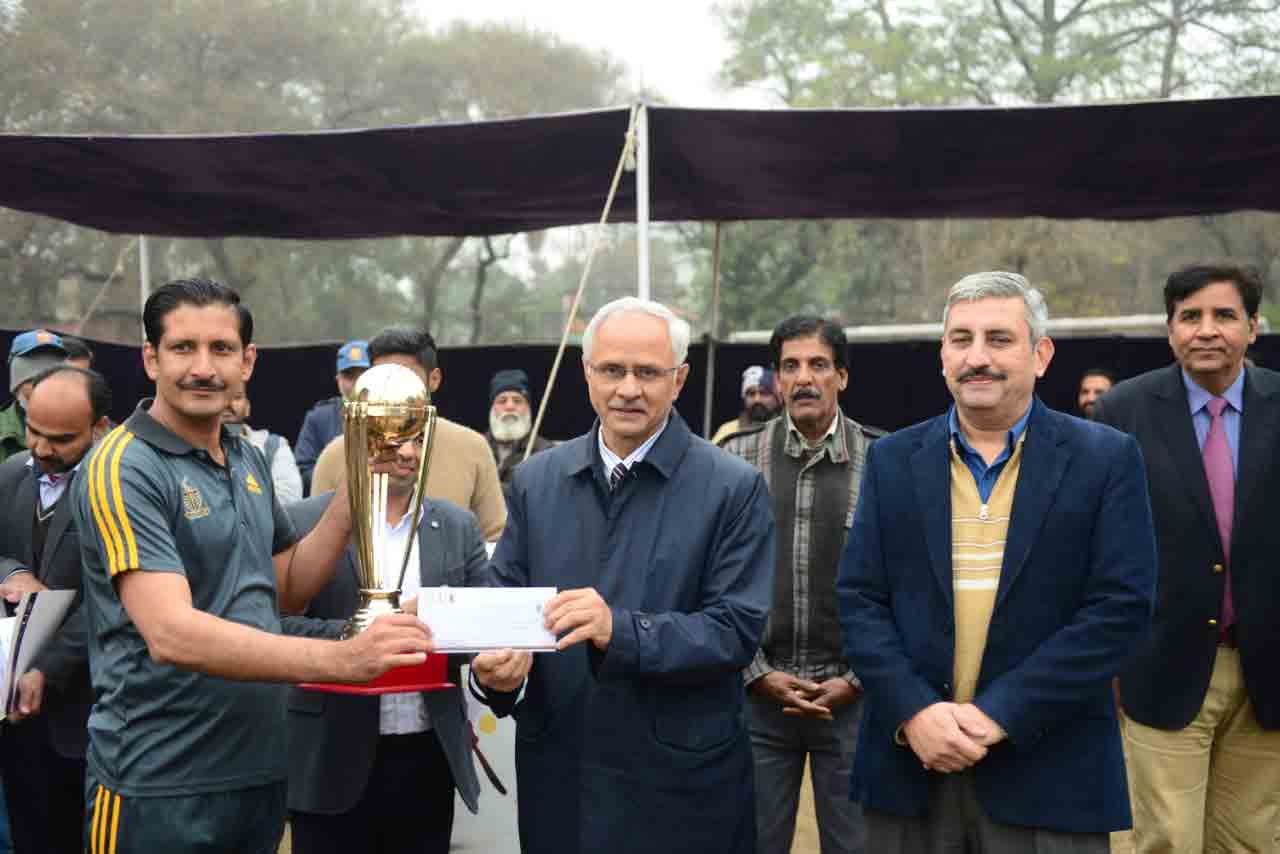 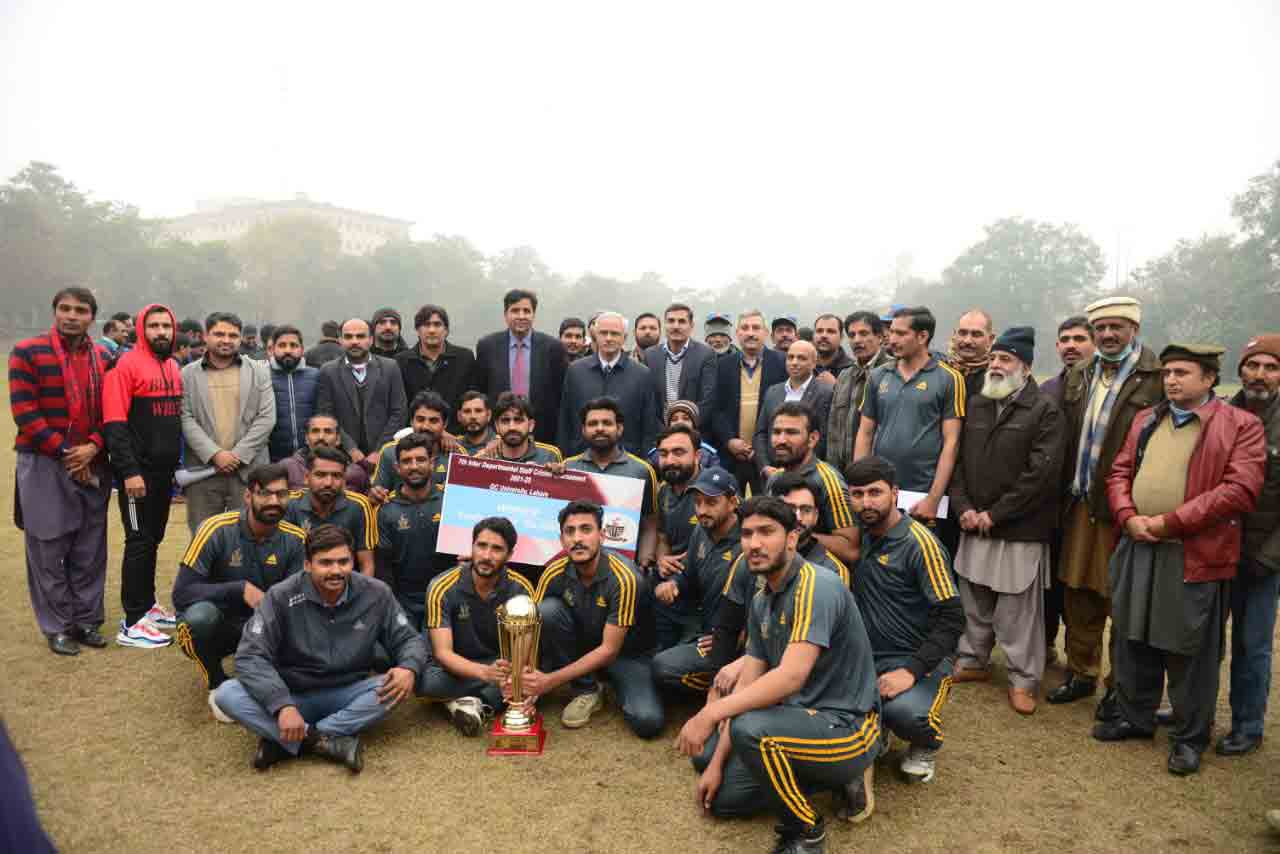