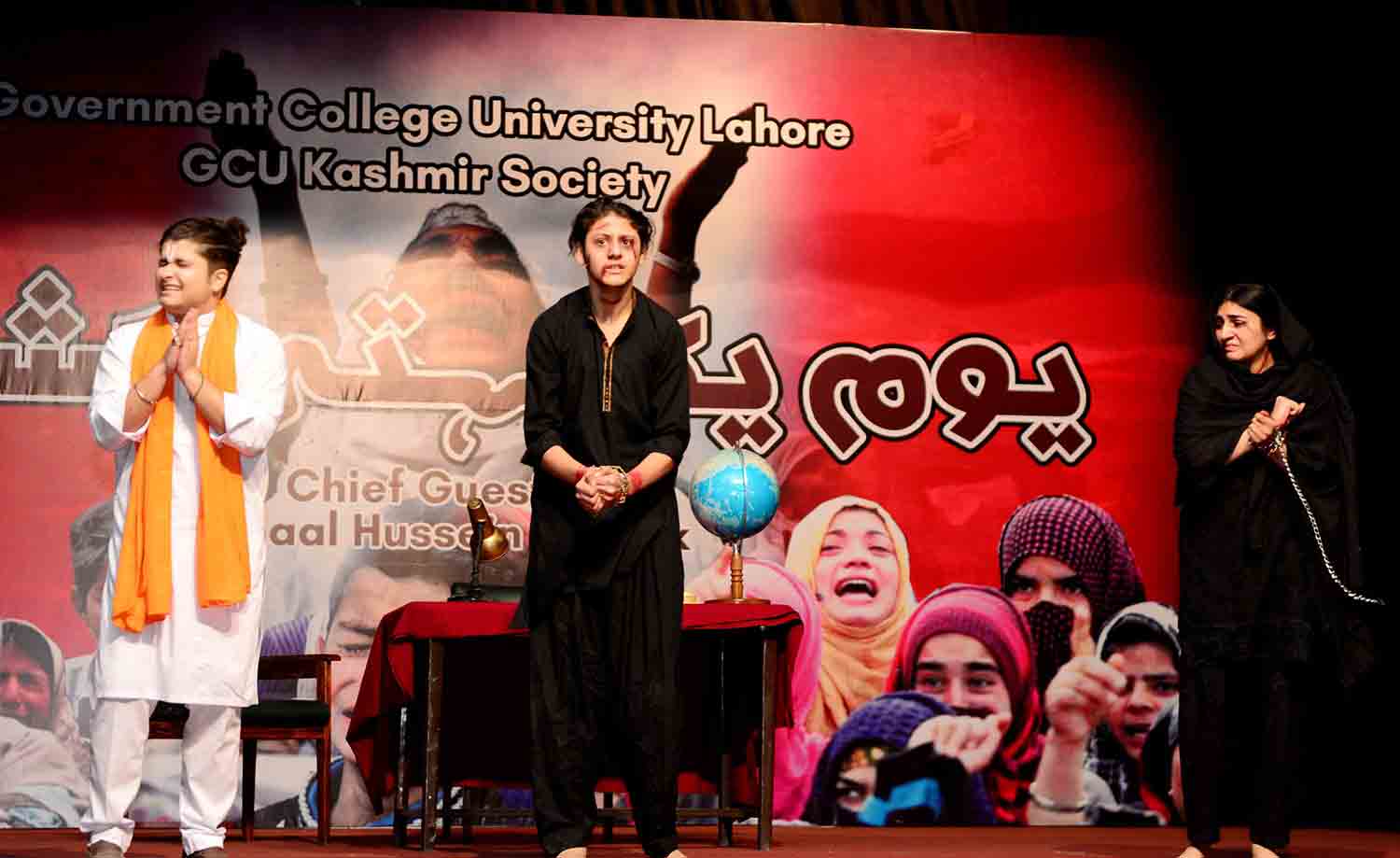 A seminar was held here at the Government College University Lahore on Thursday to mark the Kashmir Solidarity Day and highlight the fascist oppression let loose by Indian armed forces on our innocent Kashmiri brothers and sisters.
Mian Iqbal Salahuddin, an illustrious Pakistani socialite, philanthropist and maternal grandson of Allama Iqbal, was the chief guest at the seminar marked by the fiery speeches of the University’s orators and an Urdu play highlighting the struggle of Kashmiris for independence.
The seminar, organized by the GCU Kashmir Society, was followed by an on-campus solidarity walk led by Vice Chancellor Prof. Dr. Asghar Zaidi and a poster exhibition on the issue of Kashmir.
Speaking on the occasion, Mian Iqbal Salahuddin said that the politically stable, united and economically prosper Pakistan could only guarantee the independence of Kashmir. He said they had failed to properly highlight the human rights violations in Kashmir at the international forums.
Mr. Salahuddin urged politicians, media, academicians and civil society to understand the enormity of what befell Kashmiri people and their women, and expose the crimes of Indian barbarian regimes.
Provincial parliamentary secretary Mihander Pall Singh said that if there is a heaven on earth, it's Kashmir but Indian barbarian regime had made a hell. He said Kashmir had suffered so much that it’s hard to point a day as it’s darkest. He paid tribute to the people of Pakistan for giving independence, rights and sense of security to minorities in Pakistan.
Vice Chancellor Prof. Zaidi announced that GCU would this year establish the Centre for Excellence on Kashmir Issues where eminent researchers would compile data of human rights violations in the valley and deliberate upon the ways, means and foreign policy strategies for independence in the light of teachings of Allama Iqbal.
Prof. Zaidi paid tribute to the members of GCU Kashmir Society which played instrumental role in promoting research on Kashmir issue and organizing debates to highlight the Indian autocracies in the occupied valley.
The VC said seminars organized by this society provided students critical information on the nature of the dispute and the on-going human rights violations taking place in Indian Occupied Jammu and Kashmir.
Writer Prof. Iqbal Sindhu, Kashmir Commission of Pakistan Chairman Rai Muhammad Nawaz Khan Kharl, political anyalst Salman Abid and senior journalist Salman Ghani also addressed the seminar.
The GCU Nazir Ahmad Music Society also presented Mili-e-Nigmas on this occasion. 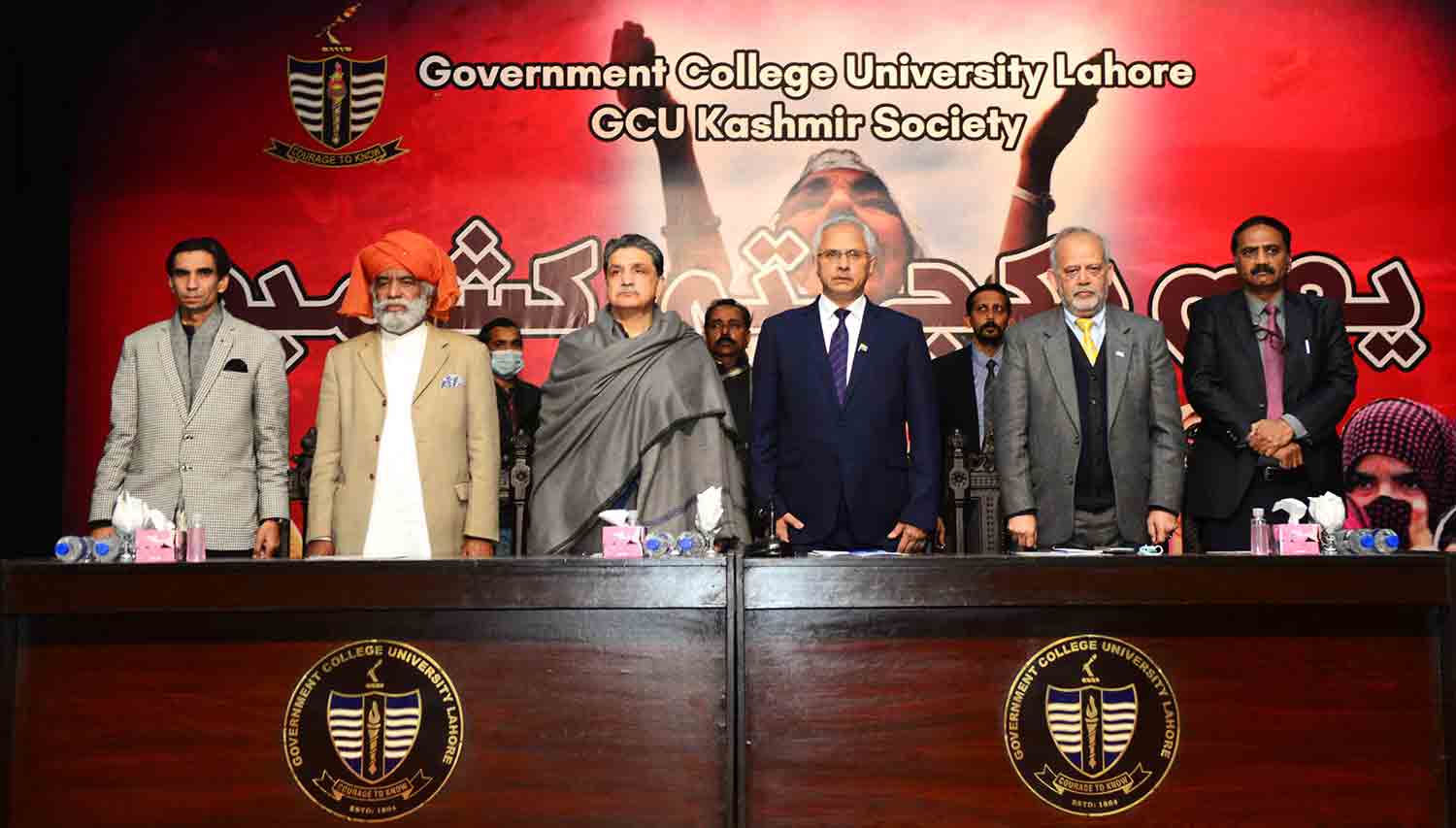 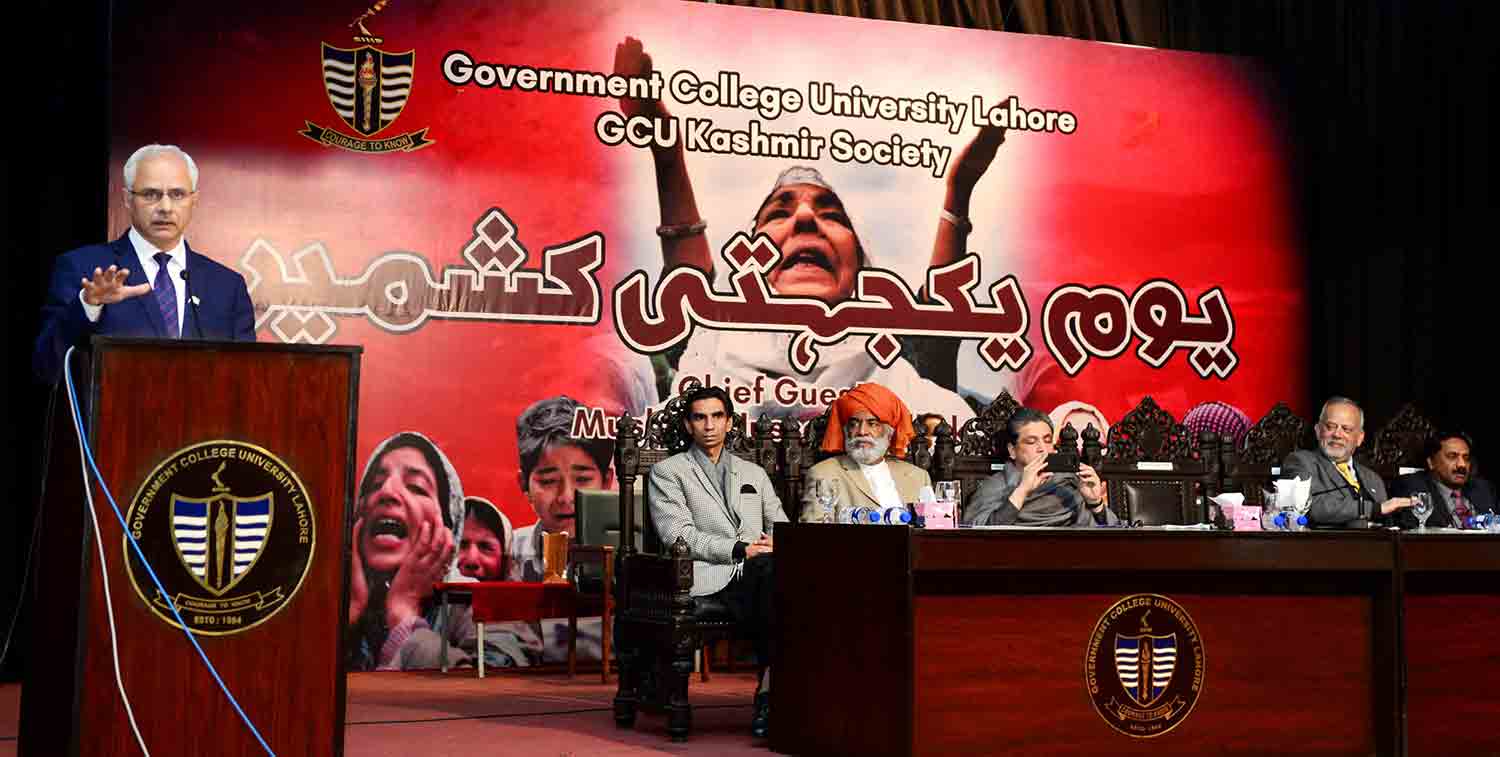 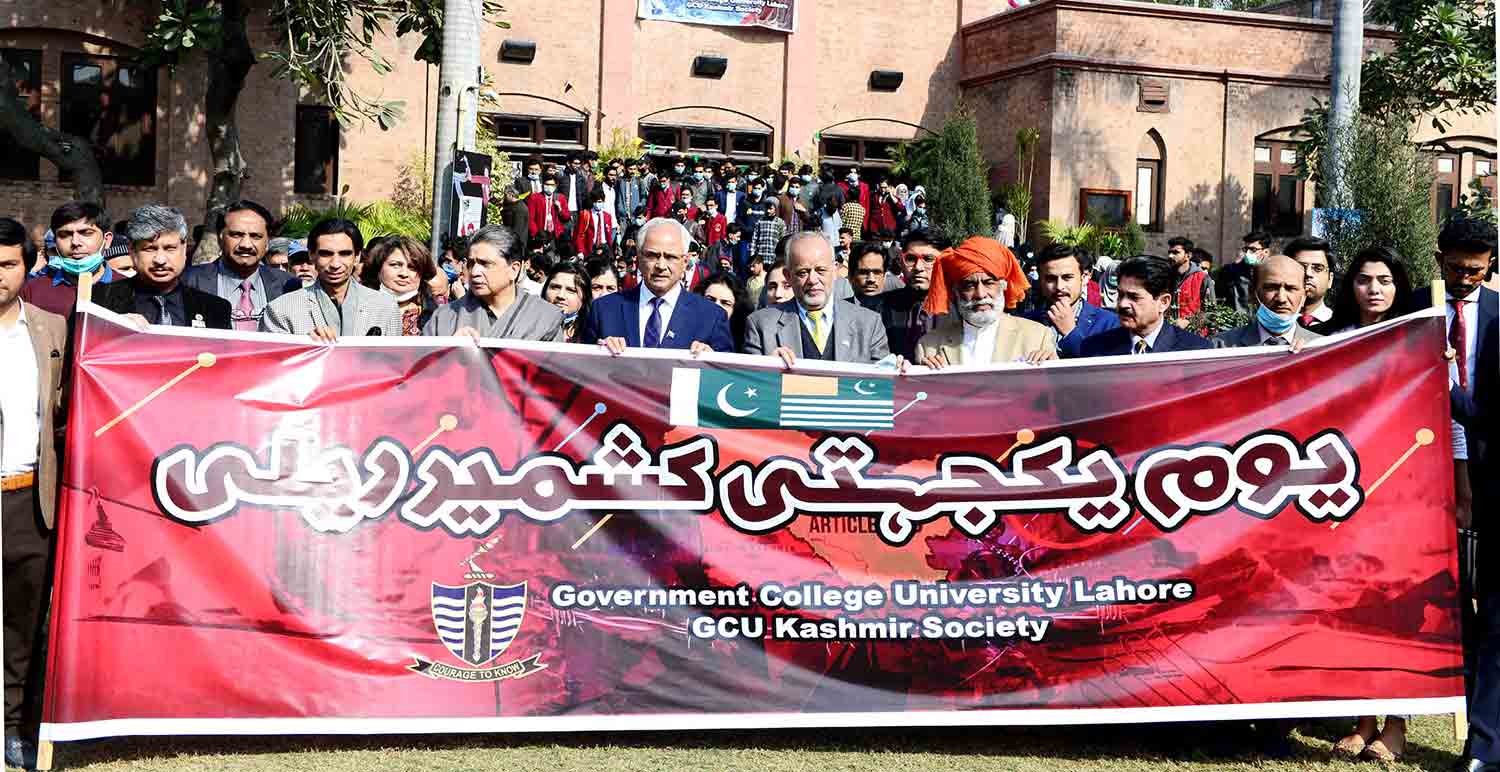