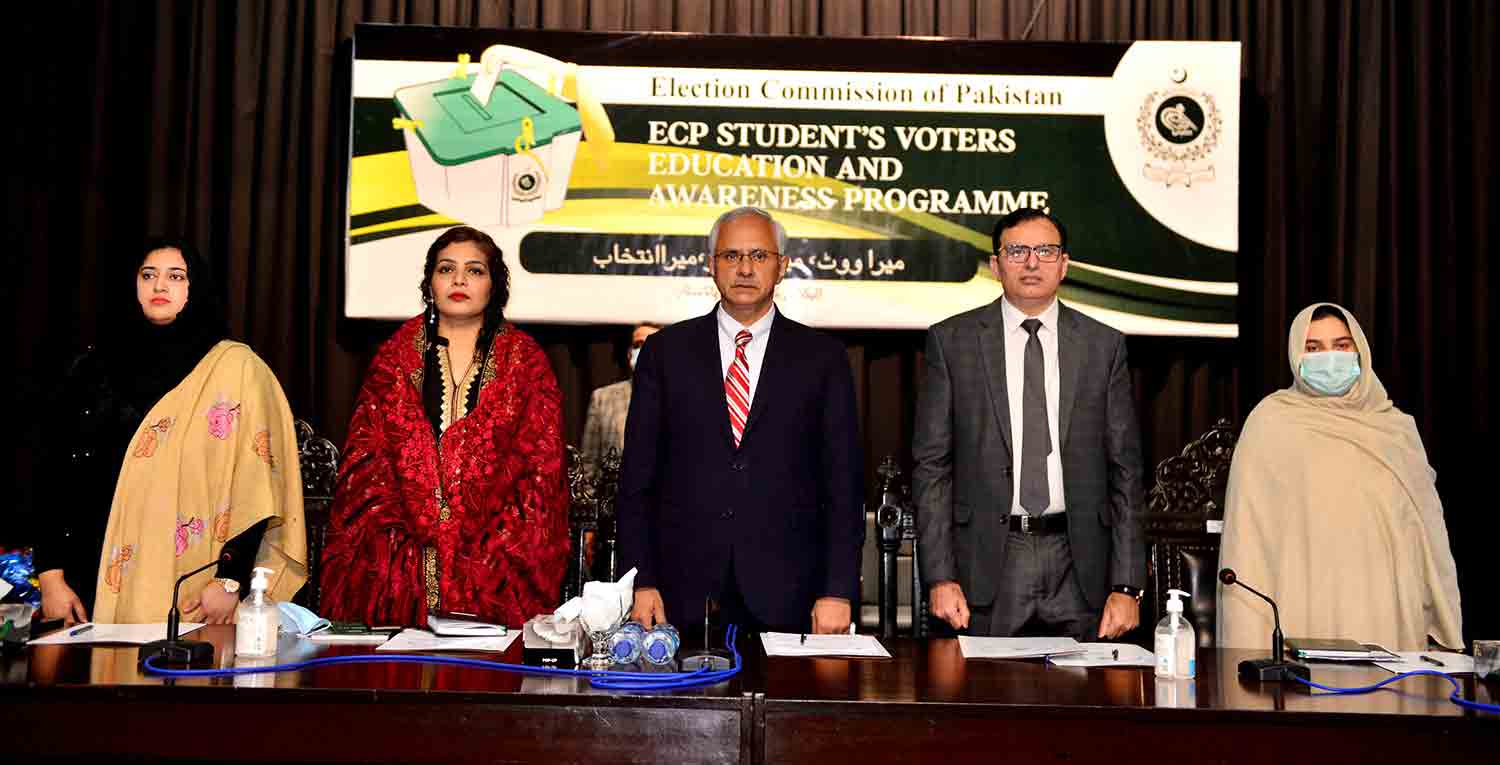 ECP holds seminar on importance of voting at GCU

A seminar was held here at the Government College University Lahore on Thursday under the auspices of the Election Commission of Pakistan (ECP) to raise awareness among students about the importance of voting.
Vice-Chancellor Prof. Dr Asghar Zaidi hosted the seminar which was addressed by District Election Commissioner Lahore Syed Basit Ali, ECP Director Media Coordination Qaratul Ain Fatima, Senior Public Relations Officer Huda Ali Gohar and Deputy Director Gender Affairs Maham Qadir.
Speaking on the occasion, the ECP senior officials said that the Election Commission had initiated a campaign in educational institutions to educate the youth of Pakistan about the electoral process, voter registration and the importance of voting.
They said that the inclusion of eunuchs, persons with disabilities and minorities in the electoral process is also the constitutional responsibility of the Election Commission for which they have taken various effective measures.
ECP also launched a national identity card and voter registration campaign for women in partnership with NADRA to close the gender gap in the number of male and female voters on the electoral rolls, which has covered 83 districts of Pakistan since 2017, they said.
Vice-Chancellor Prof. Zaidi told students that they are the architects of the nation and their understanding of the politics and participation in the electoral process are of utmost importance for the democratic future of the country. He appreciated the steps taken by the Election Commission and assured his cooperation for the campaign on voter awareness. He pointed to the need that the youth under the age of 35 must realize the importance of their voting power. He asked students to work as volunteers in their social circles and raise awareness about importance of voting.
Addressing the participants, District Election Commissioner Syed Basit Ali said the Election Commission has recently started the work of reviewing the electoral rolls for the preparation of a transparent and comprehensive voter list. “The upcoming Punjab Local Bodies and General Elections 2023 will be held on revised electoral rolls,” he added.
He informed that under the Electoral Law 2017, any voter can apply to register to vote at the temporary or permanent address on his / her identity card. Therefore, he appealed to all participants to register their vote and be sure to verify the correct address by sending your identity card number to 8300 via mobile message. 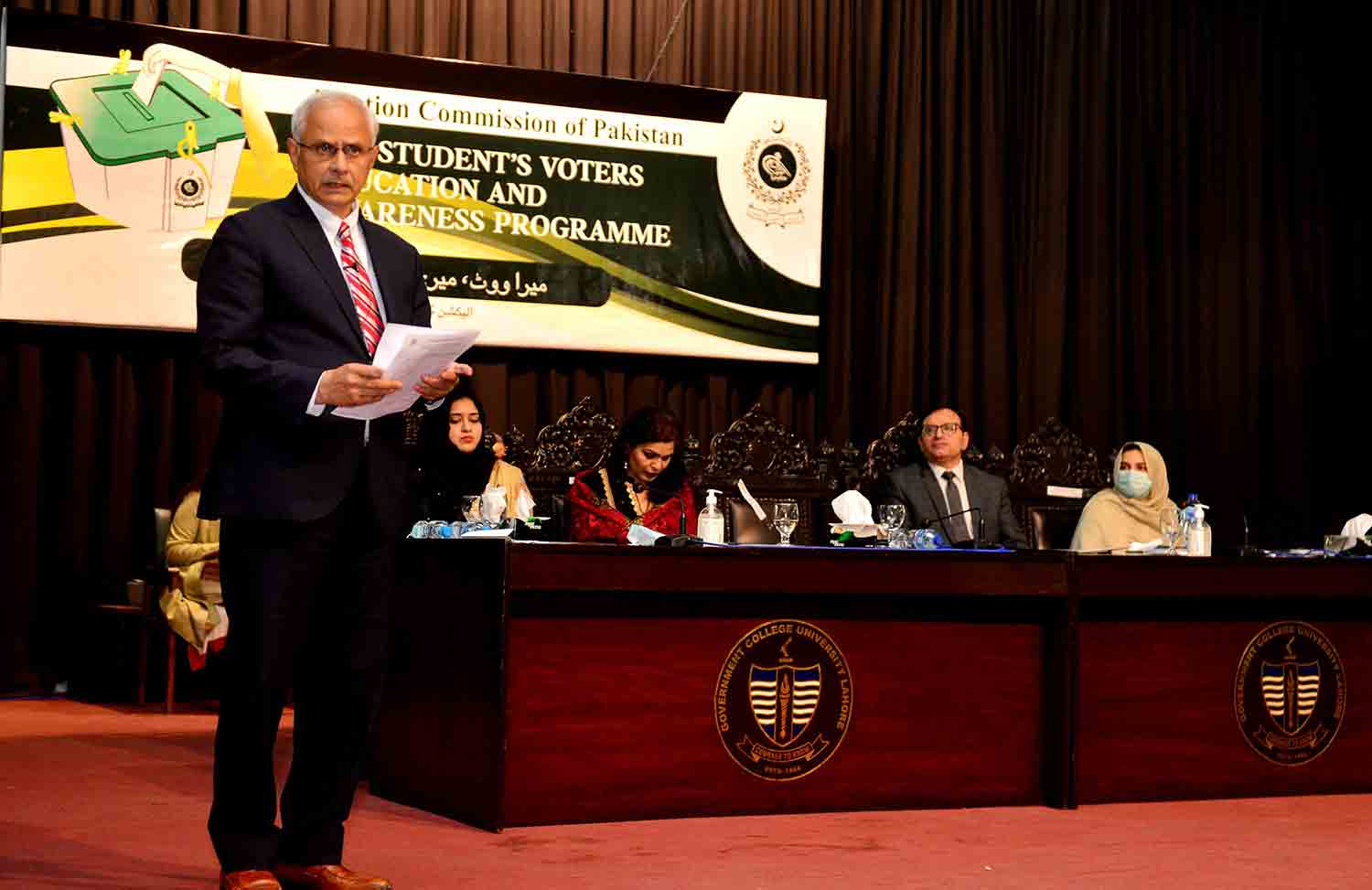 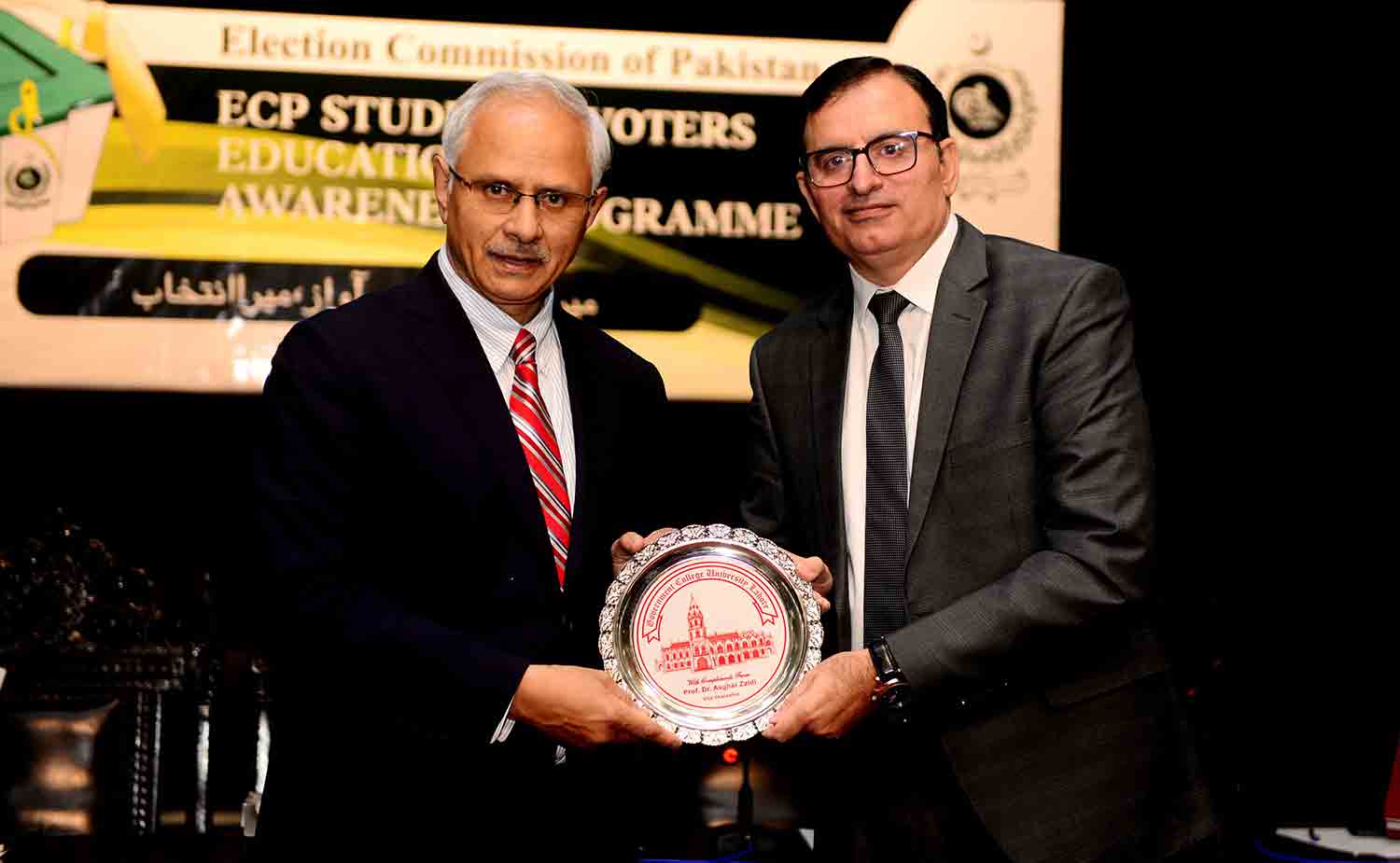