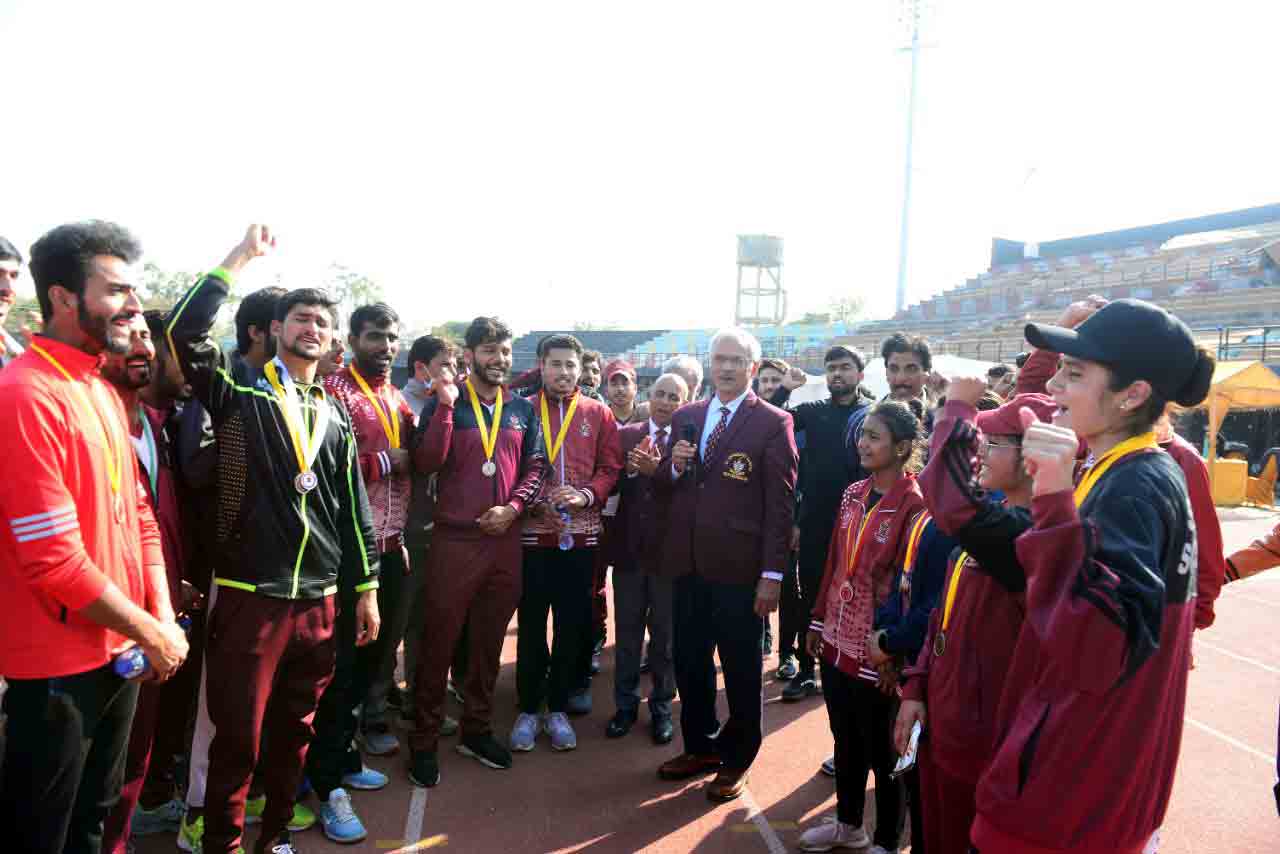 The festivity of 121st Annual Sports of Government College University continued on the second day on Friday as Ali Ahmad Sukhera, a student of Physical Education Department, broke a 30-year-old record in 200-meter Race by reaching the finish line in just 21.45 seconds.
Earlier, the record was held by Muhammad Shameem (21.82 seconds) who made it during the GC Annual Sports 1992.
Vice Chancellor Prof. Dr. Asghar Zaidi revealed that as many as five male athletes made the new GCU records during 2022 at the 121st Annual Sports. Faraz Khan Tanoli, Ali Haider and Zohaib Habib broke the university’s old records in Long Jump, 3000-Meter and Hammer Throw.
The Vice Chancellor announced that the University this year for the first time will start maintaining the records of female athletes at annual sports.
"Thus, all winners of various competitions for girls will be the first ones to set the GCU records, to be broken from next year onwards," the Vice-Chancellor said.
He said that GCU provides equal opportunity to female students for participation in sports and co-curricular activities. That is why we offered sports basis admissions to girls for the first time.
Later, Muhammad Imtiaz, another student of Physical Education Department, won the 800-metre Race finishing the race in the 02:06:10. Muhammad Dawood from Physical Education won the Discuss Throw (Boys). Team of GCU Physical Education Department won the 4x100 Meters Relay Race.