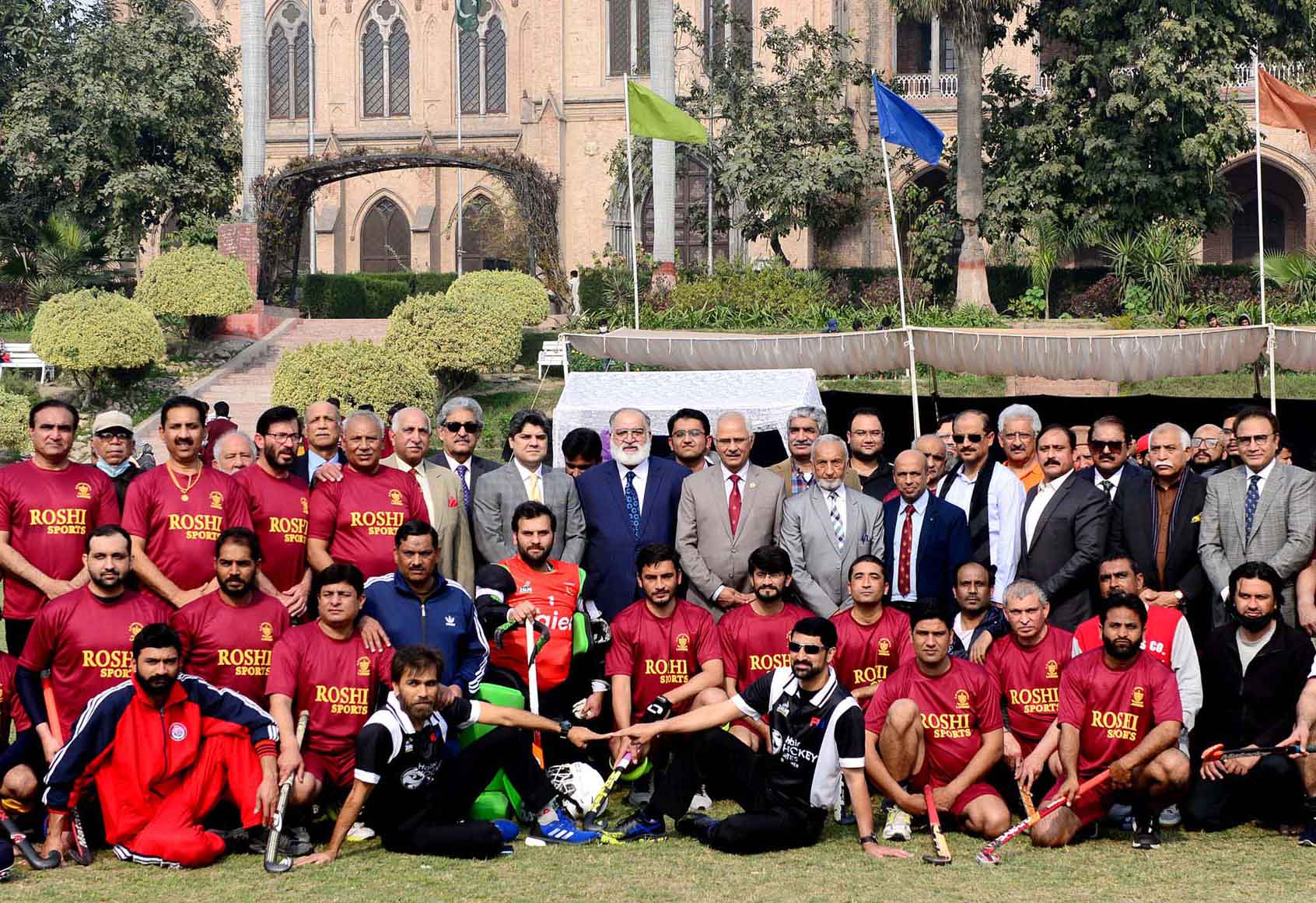 A festival hockey was played between Old Ravians XI and Vice Chancellor XI on Friday at the historical Oval Ground of Government College University Lahore. The Old Ravians XI won the hockey match by 4-1.
Eminent international hockey players including Pakistan Hockey Federation (PHF) former President Akhtar Rasool Ch, Asian Hockey Federation Chief Executive Tayyab Akram Ch. Manzoor Senior, Manzoor Junior and Olympian Tahir Zaman took part in the match at their alma mater and also shared their life experiences with the university's sportsmen.
Vice Chancellor Prof. Dr. Asghar Zaidi, Chairman Sports Board Ammad Uppal and Director Sports Muhammad Waseem were also present.
Addressing the ceremony, Vice Chancellor Prof Dr Asghar Zaidi pledged to make GCU one of the finest sports nurseries in Pakistan and producing and grooming sportsmen for national teams in all sports. He appreciated the participation of a large number of Old Ravian Olympians in the festival hockey match, saying that they are the pride of GCU.
He announced establishing Hockey Complex at the new campus of GCU to revive this sports among the students of GCU.
PHF Former President Akhtar Rasool said Pakistan had lacked behind in sports because the government and premier educational institutions of the country had completely neglected it. He said that without the support of universities like GCU, Pakistan hockey could not regain its lost glory.
He also remembered that he had graduated from the Government College, Lahore and during his college days, he remained the captain of the College Hockey team. He was also awarded "Roll of Honor" and "College Color" for his excellent performance in hockey.