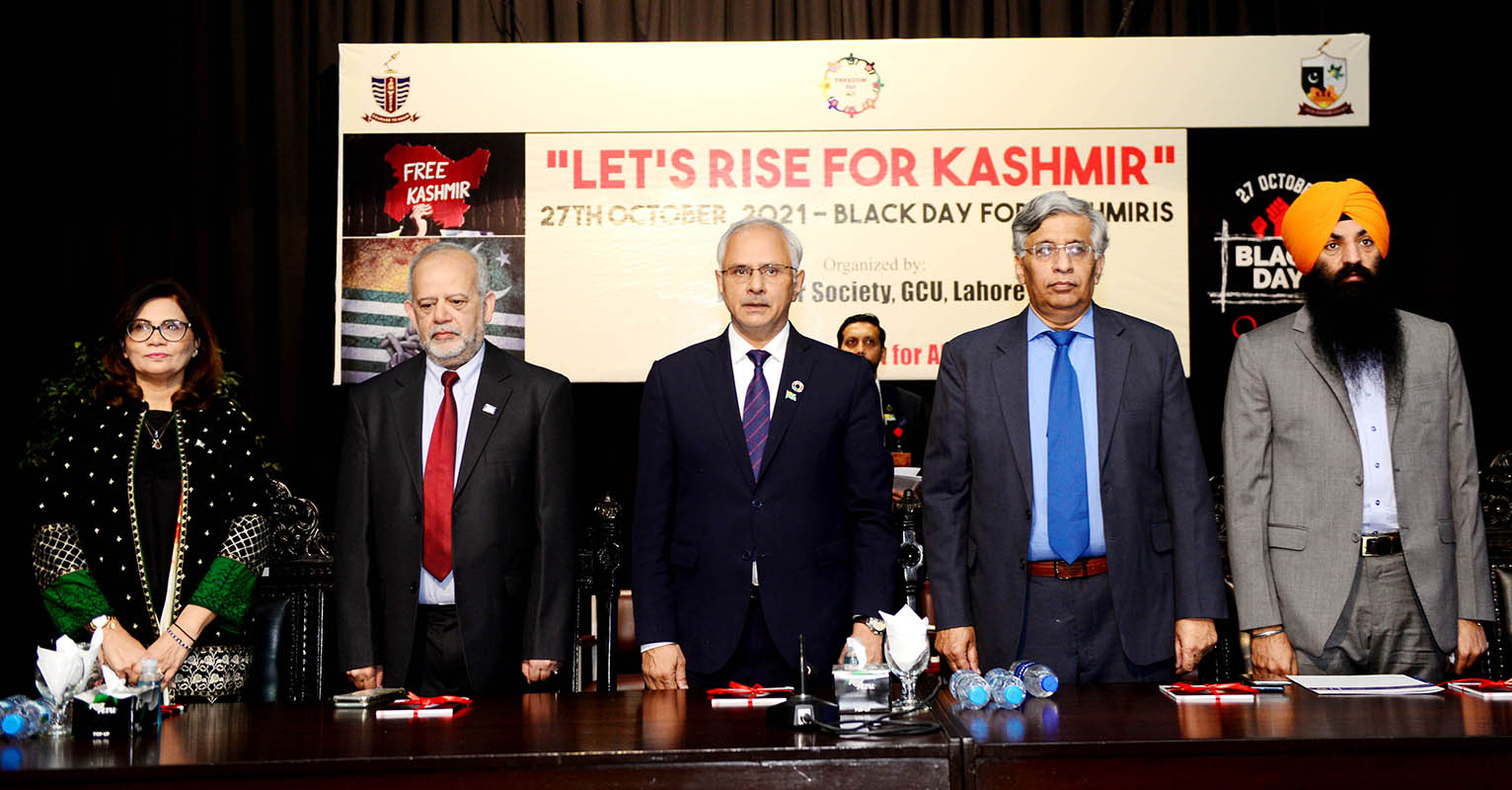 A seminar titled “let’s rise for the Kashmir” was held here at the Government College University Lahore on Wednesday under the auspices of its Kashmir Society.
Punjab Governor Ch Muhammad Sarwar chaired the seminar which was also addressed by Member Punjab Assembly Mr. Ramesh Singh Arora, Freedom for All Executive Director Munzir Elahi, writer Prof Dr Uzma Shujaat and Vice Chancellor Prof. Dr. Asghar Zaidi.
Punjab Minister for Energy Dr. Akhtar Malik was also present.
Addressing the seminar via video link, Mushaal Hussein Mullick, the chairperson of Peace and Culture Organization and wife of jailed Kashmiri Hurriyat leader Muhammad Yasin Malik, said today, October 27, happens to be one of the darkest chapters in the Kashmir’s freedom struggle. She said that since Oct 1947, the one thing grown on this bloodiest land called heaven on Earth is the Indian army boot. “Another thing that grows there is graveyard of Kashmiri innocent people,” she said.
The Punjab governor said India has no legitimate claim for the occupied valley and is just a military occupier which unleashed a wave of barbarism and terrorism to silence the voices of freedom fighters. He said this is the world of relations; Pakistan need to effectively fight the case at the international platforms.
He said the war is not a solution at all; after 42 years of war in Afghanistan, Talibans are reality now and the world needs to engage with them through talks.
He appreciated the efforts of Vice Chancellor Prof. Asghar Zaidi for establishing very vibrant Kashmir and Palestine societies at the GCU Lahore.
Prof. Dr Uzma Shujaat said that the government should engage its youth, acade­mia, intelligentsia and media to change perception of the Kashmir issue at the international level.  She said to resolve Kashmir conflict, one needs to demystify its overlapping layers like culture, religion, identity and ethnicity to formulate a viable reconciliation policy framework.
Vice Chancellor Prof. Asghar Zaidi Kashmir issue has become an acute concern of the international community in the aftermath of Aug 5, 2019 revocation of Article 370 and 35-A by the Indian government nullifying the autonomous status of Kashmir. He said GCU Kashmir Society was led by a group of the most brilliant students who project the plight of the incarcerated people of Kashmir at all levels by employing creative ways and means.
MPA Ramesh Singh Arora said Pakistan is the one of the safest countries of the world for minorities; Punjab Assembly passed a special marriages law for the minority Sikh community living in the province, while Sikhs in India are still forced to register their marriages under the Hindu laws.
Eminent journalist Salman Ghani also addressed the seminar. 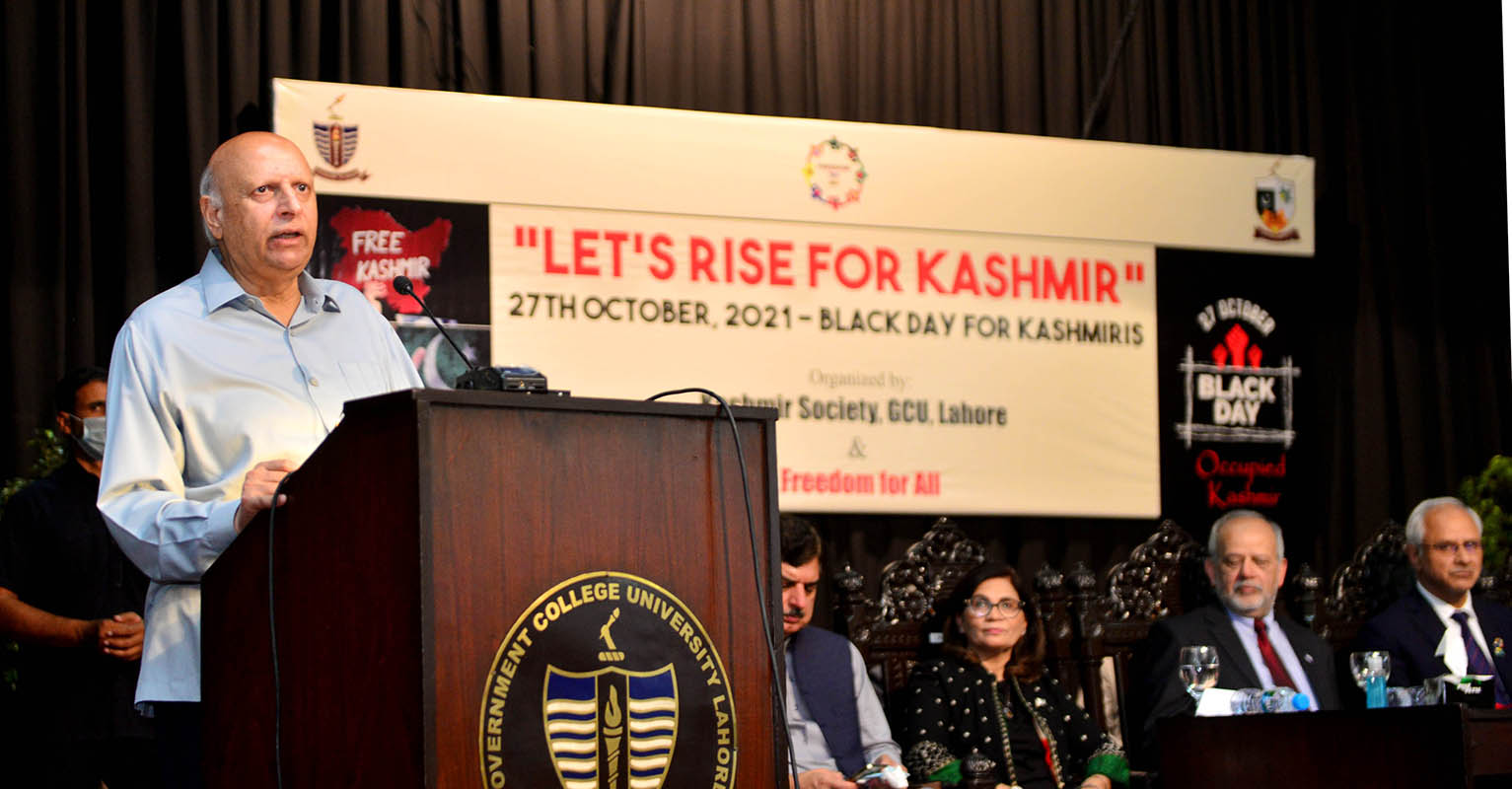 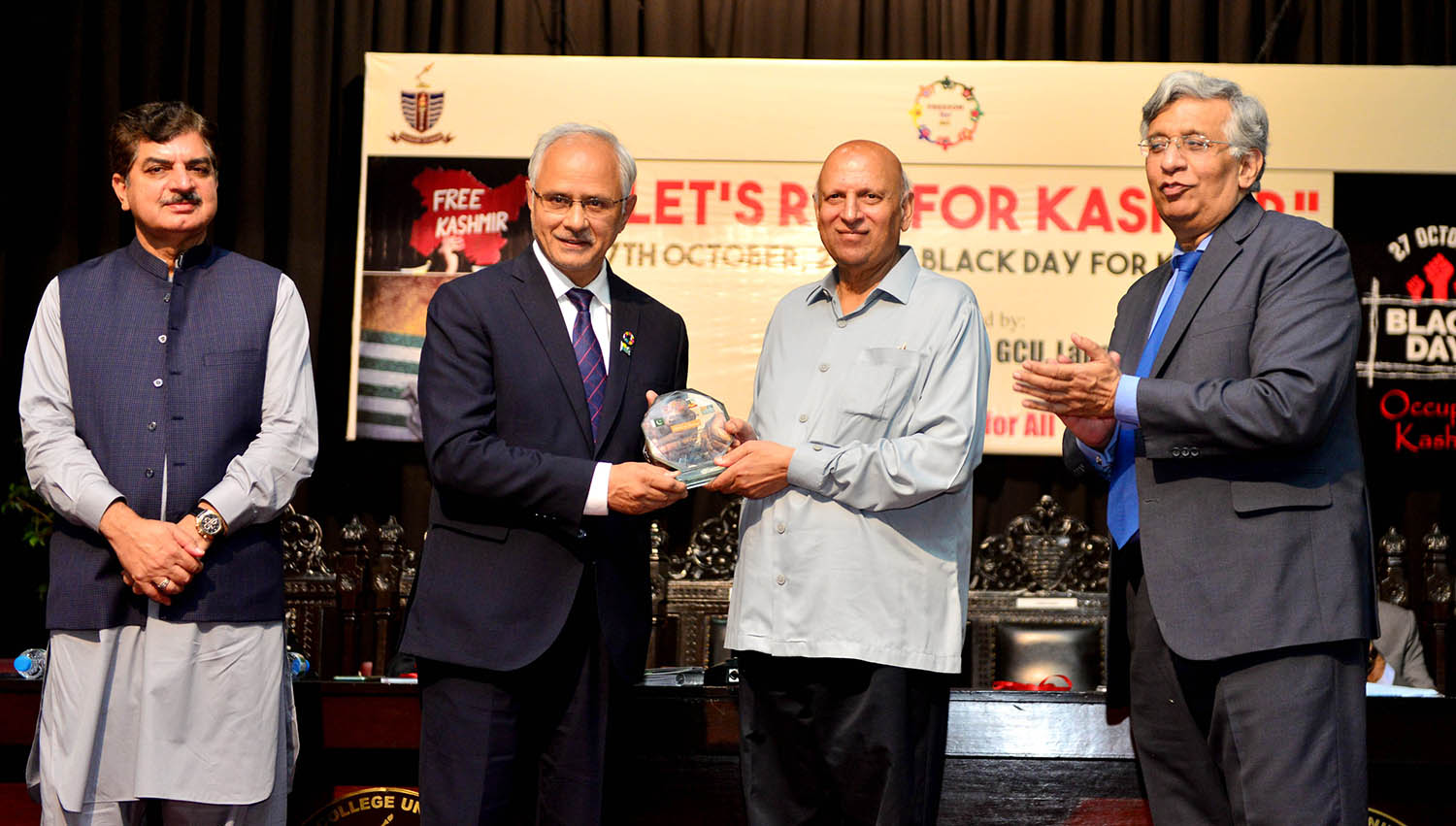