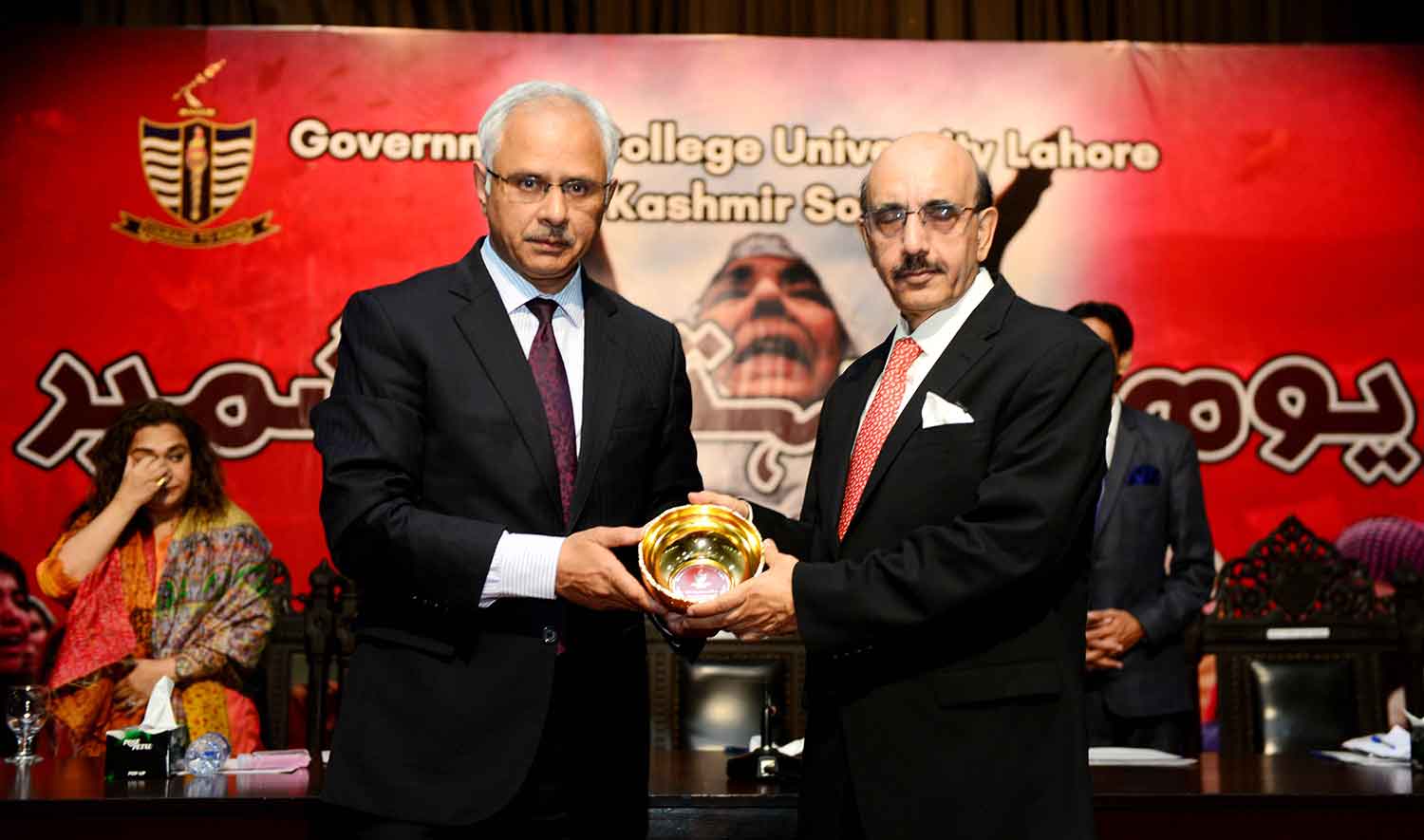 Azad Jammu and Kashmir (AJK) President Sardar Masood Khan while addressing the students of Government College University Lahore has asked Pakistani youth to excel in their fields, saying that a strong, united and economically prosper Pakistan guarantees the independence of Kashmir.
He urged youth to develop the advance skills of communication and write posts and blogs to expose the inhumanity and cruelty of Indian regime in Kashmir. He said about twelve to fifteen boys under the age of 23 daily were brutally martyred in the occupied valley.
"Today is the 23rd February and it is a dark day in the history of Kashmir; I dedicate this day to the victims of rape, a crime that was committed in early 1990s in Kunan Poshspora, where women were cordoned off by the Indian armed personals and were raped on mass; the youngest victims was 5 years old and the oldest was 80; many of those who are still alive and have scars on their bodies and minds," Sardar Masood Khan said.
He added that the mass rape was committed to punish entire Kashmiri nation because they were Muslims and they had not given a right to India to determine their statehood or political future.
He believed that Pakistanis should stop showing helplessness, and give a clear message of punishing India for its heinous crimes in Kashmir.
Speaking on the occasion, Vice Chancellor Prof. Dr. Asghar Zaidi laid stress on promoting research on Kashmir in Pakistan universities, saying that GCU was going to establish a Center of Excellence in Kashmir Studies very soon.
Prof. Zaidi expressed profound gratitude to the students of GCU Debating Society, Dramatics Club and Music Society for making very reassuring and heartening presentations on contemporary situations of their Kashmiri brothers and sisters.
Newly-elected senator Dr Zarqa Suharwardy briefed the students about the history of Kahsmir dispute.
Academician Prof Zafar Iqbal Sindhu also spoke.