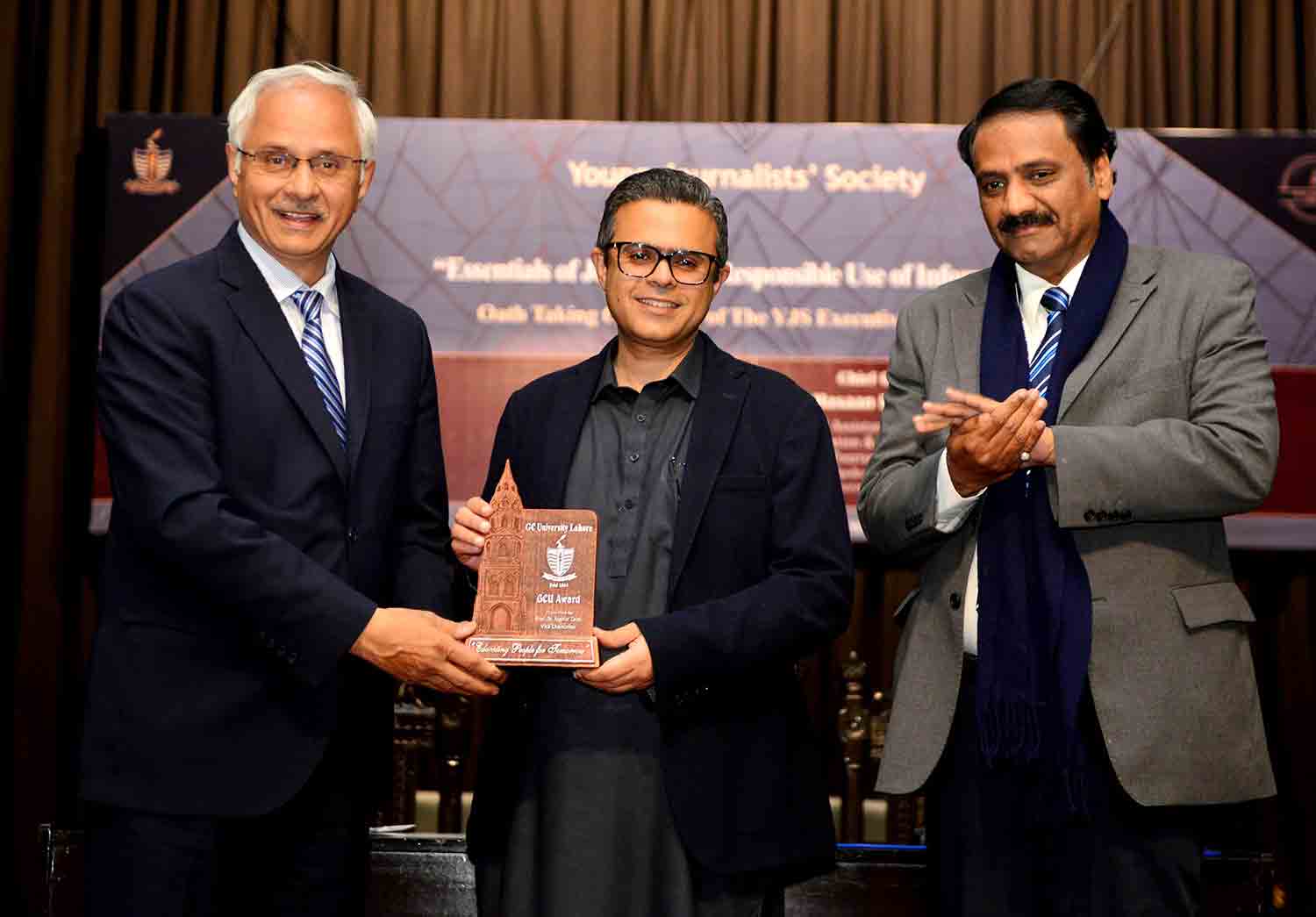 GCU-YJS holds seminar on responsible use of information

A seminar on "Essentials of Journalism: Responsible use of Information" was held here at the Government College University Lahore on Wednesday under the auspices of its Young Journalists Society (YJS).
Vice-Chancellor Prof. Dr Asghar Zaidi chaired the seminar addressed by the Old Ravian, Special Assistant to Chief Minister Punjab on Information Hassan Khawar as a keynote speaker and chief guest.
Speaking on the occasion, Hassan Khawar stressed that media is very powerful medium and it has a crucial role to bridge fault lines in society. He told journalists the lens of their camera and pen are so powerful that the society would move in the direction where they point it.
He said that the previous governments artificially controlled the dollar rate which drained the country’s foreign reserves. He said now, our foreign exchange reserves have increased to 23 billion dollars from seven billion dollars.
Eminent journalist Salman Abid stressed that countries need laws against fake news, but professional journalists and media organizations should be consulted and a consensus be made before their promulgation.
Vice-Chancellor Prof. Zaidi said promulgating laws against fake news and propaganda is the first step. However, the real challenge is to ensure the effective implementation of these laws without any prejudice.
Prof. Zaidi said they established the Mass Communication and Media Studies Department in 2021 and these seminars under the banner of Young Journalists Society are aimed at involving the media professionals in the education of our student’s right from the beginning.
Later, the Vice-Chancellor administrated the oath to the new executive committee of the University’s Young Journalists Society.