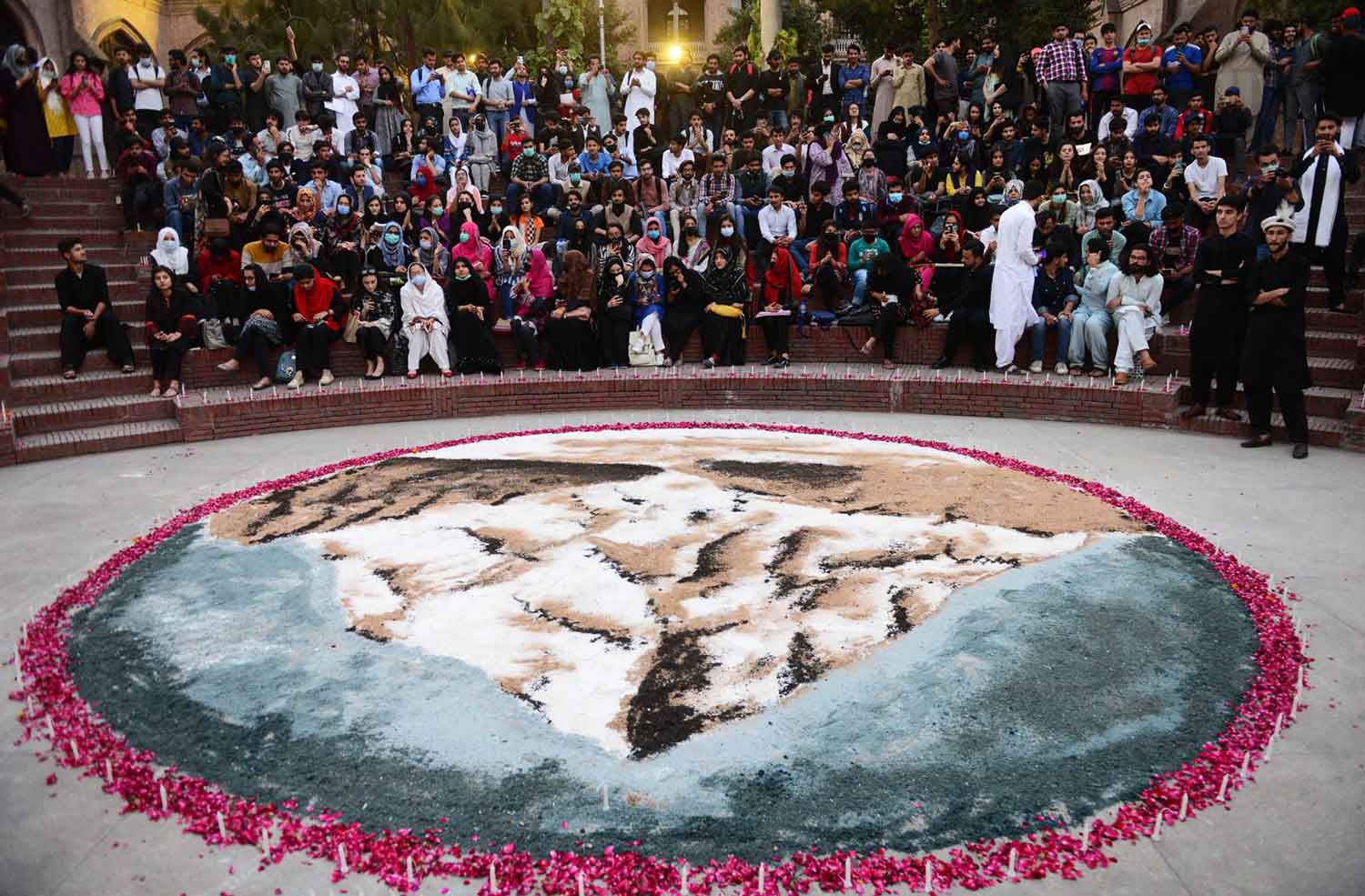 A candlelight vigil was held here at the Government College University Lahore to pay tribute to Pakistan's legendry mountain climber, Muhammad Ali Sadpara, who lost his life during an expedition to summit the world's second-highest peak, K2, in the winter season.
Vice-Chancellor Prof. Dr Asghar Zaidi also participated in the candle vigil organized by the University's students from Gilgit Baltistan. Sajid Ali Sadpara, the son of Ali Sadpar, also joined the candlelight vigil through a video link.
A one minute silence was observed in the memory of Ali Sadpara and his fellow mountaineers John Snorri and Juan Pablo.
Addressing the GCU students, Sajid Sadpara said he and his family are grateful to the people of Pakistan for their unprecedented love for his father. He also expressed gratitude to Prof. Zaidi and students Gilgit Baltistan for organizing this vigil in the memory of his father.
Vice-Chancellor Prof. Dr Asghar Zaidi said Pakistan had lost a brave climber who was the only Pakistani to have scaled eight of the world's 14 highest mountains, and he made the first-ever winter ascent of the world's ninth highest peak, Nanga Parbat.
Prof. Zaidi talked about the importance of remembering the lives of national heroes, saying when we remember heroes like Ali Sadpara, their life stories inspired the youth and give them courage and motivation to do something good and big for their country.
Later, a special prayer was offered for Ali Sadpara.