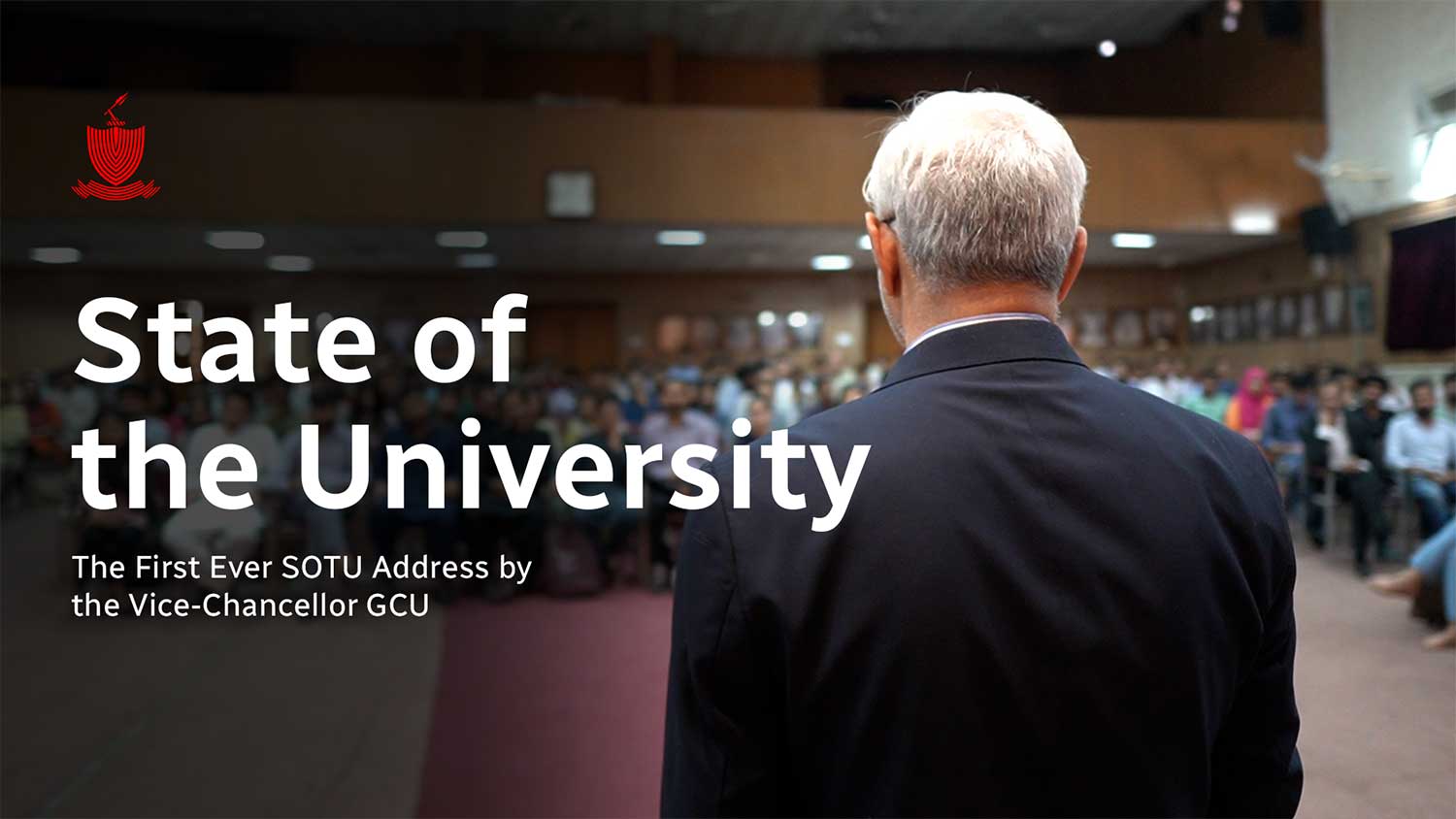 Prof. Dr Asghar Zaidi, the Vice-Chancellor of GC University Lahore, has explained all his initiatives and development plans to the university students at the first "State of the University" address in one of the oldest universities in Pakistan.
Addressing the first of its kind meeting with students at the University's Bukhari Auditorium, the Vice-Chancellor revealed that they are going to spend an amount of Rs. 50 million in the next fiscal year to upgrade student services and facilities on the campus.
"We're going to establish a high-tech central science laboratory, central computer lab and fitness centre from the above budget besides improving sanitary facilities on the campus," he said.
Prof. Zaidi said solar power panels will be installed across the rooftops of the University to power the main campus with clean solar energy. He said GCU paid seven million in electricity bills last month and this solar power project with a public-private partnership would not only reduce the 50 percent electricity cost of the university, but it would also help in the reduction of environmental pollution.
He also revealed that the University has received Rs. 100 million from the government for buses to run as a shuttle between the new and main campuses of the University.
He also launched the new motto of the University i.e. "Empowering our Youth for Tomorrow's Leadership." He said Allama Iqbal's philosophies of "khudi" and "shaheen" are beacons of light for the empowerment of youth and inculcating leadership qualities.
He also shared the details of academic and admission reforms introduced under his administration at GCU. He believed the University administration should be answerable to his students as well because all the policies they make and initiatives they take directly affect students. To reduce gap between student™s and the University administration, the address was followed by a "Town Hall meeting" where students asked questions from Vice-Chancellor about different his policies and future plans regarding services and facilities to the students and to raise academic standards at GCU.