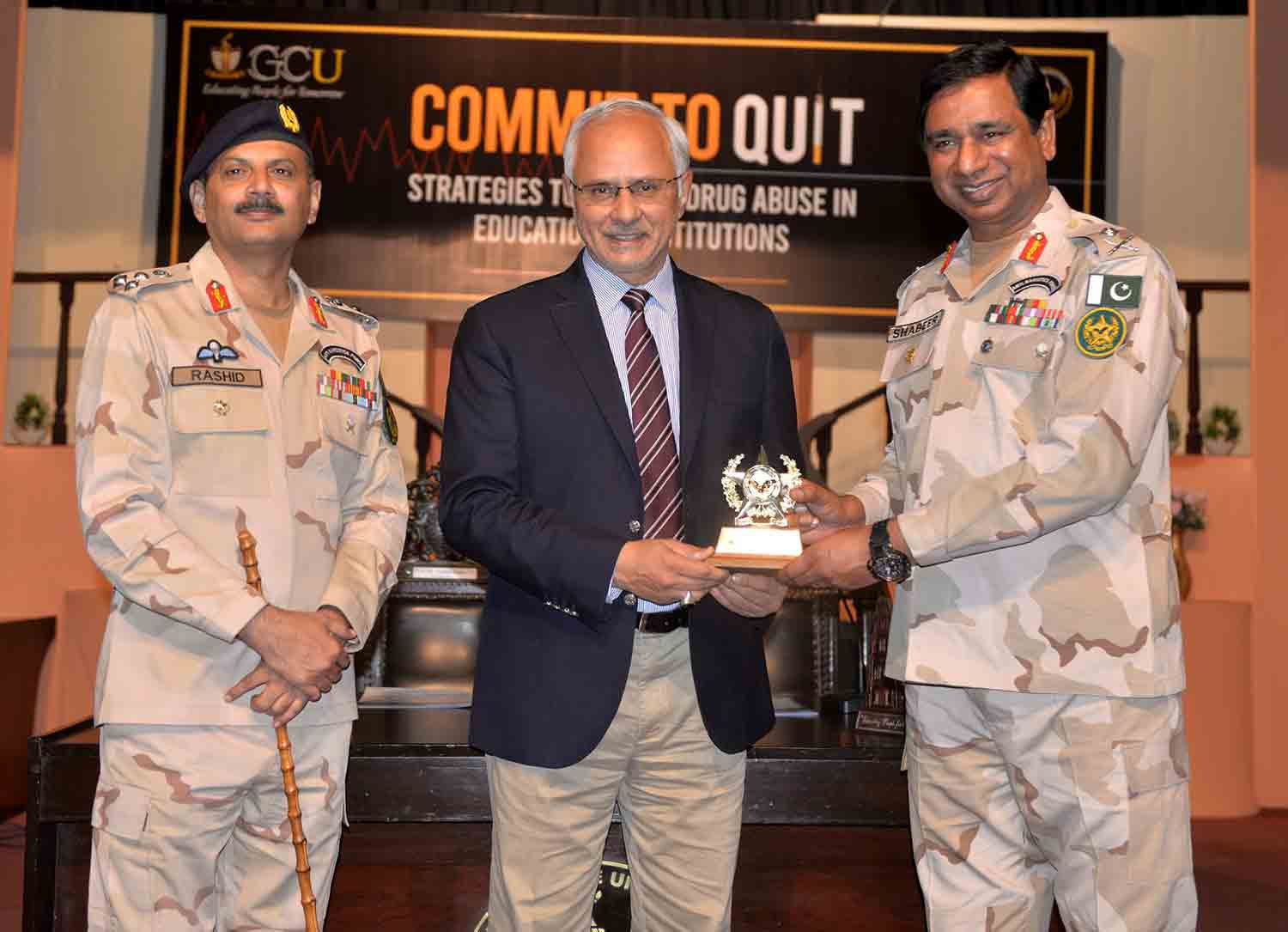 A seminar titled "commit to quit" was held here at the Government College University, Lahore on Tuesday under the auspices of its Anti-Narcotics Society to deliberate on strategies for combating drug use in educational institutions.
Major General Ghulam Shabbir Narejo, the Director-General of Anti-Narcotics Force (ANF) Pakistan, and Vice-Chancellor Prof. Dr Asghar Zaidi addressed the seminar which was marked by musical and theatrical performances and speeches by the University's students.
In his address, Major Gen Shabbir Narejo said that about 84% of the world's heroin (almost 6,800 metric tons) is produced in the neighboring Afghanistan, and transported to the entire world through three routes i.e. Central Asian states, Iran and Pakistan.
"Out of this huge quantity, only one metric ton is more than enough to destroy the entire youth of the Lahore. So this huge volume of narcotics being transmitted through Pakistan makes up our society extremely vulnerable to spread of narcotics and makes our job extremely difficult," the Major General said.
He said reasons of narcotic drugs use included poor family bondage, bad company, false adventurism, get noticed syndrome, escape from hardships and realities, frustrations, depression, recreational use and easy availability. He also shed light on the history of narcotics that goes back to 6000 years.
The Major General said he had visited around 14 institutions as DG ANF, but found the GCU students more aware about drug abuse and the credit for this goes to its teachers, administration and leadership i.e. Vice Chancellor Prof. Zaidi.
He also announced cash award for different societies of GCU involved in raising awareness about drug abuse.
Speaking on the occasion, Vice-Chancellor Prof. Zaidi said narcotics are being used as a weapon against youth in the modern hybrid warfare, and it is the individual responsibility of each one of us to fight this war and protect ourselves from illegal drugs.
He said keeping in view the legacy of leadership, GCU took upon itself the challenge of making its campus drug free and initiated its program with the slogan “Drug abuse prevention not through Sermons but by Science”. He said the GCU program is aimed at developing psycho-social resilience and a set of leadership skills in students needed to combat the stresses and strains of contemporary society.
Force Commander Anti-Narcotics Force Regional Directorate Punjab Brig. Rashid Minhas said GCU Anti-Narcotics Society is a role model for other universities.
The seminar concluded with an awareness walk led by Major General Ghulam Shabbir Narejo and Vice Chancellor Prof. Dr. Asghar Zaidi. 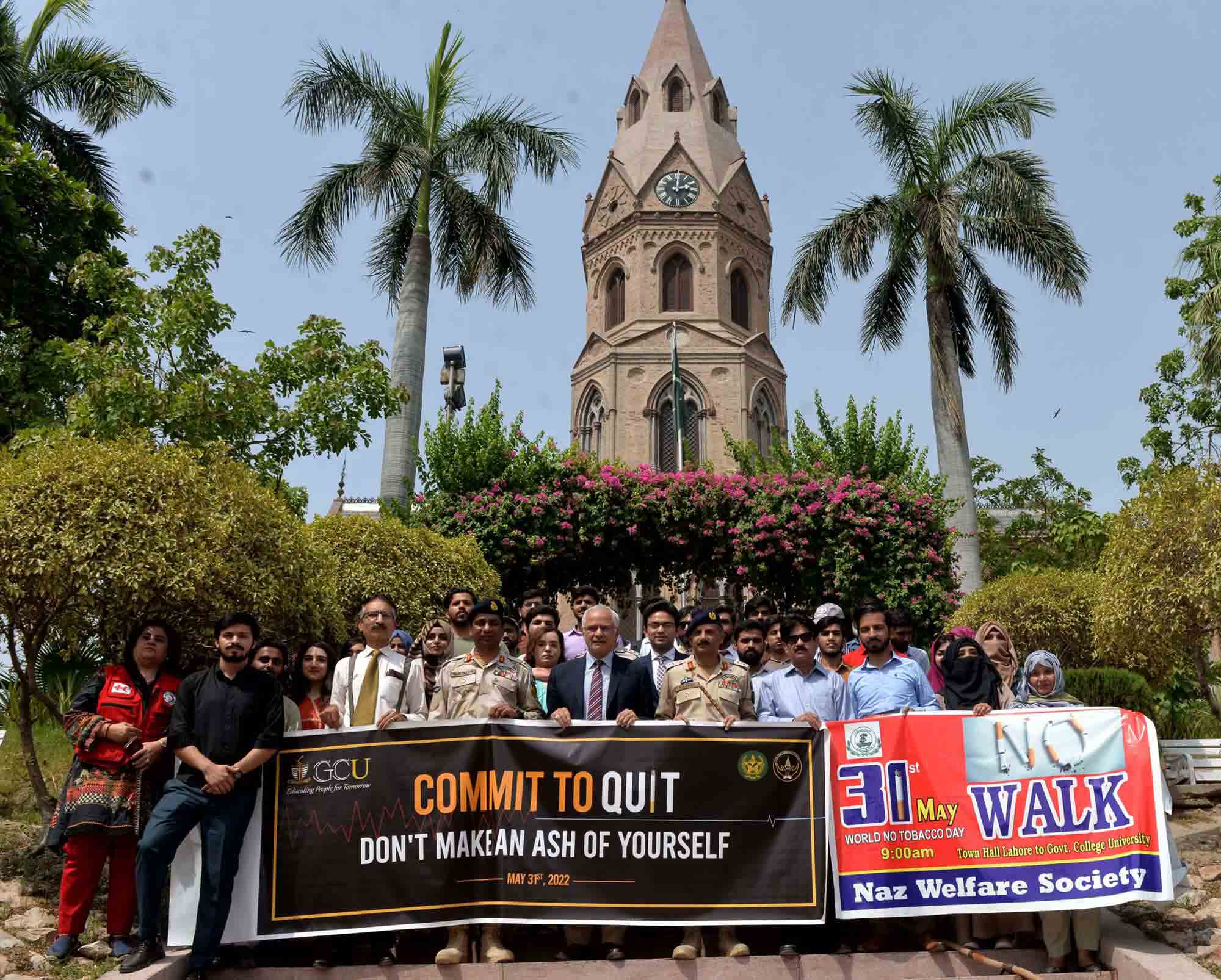