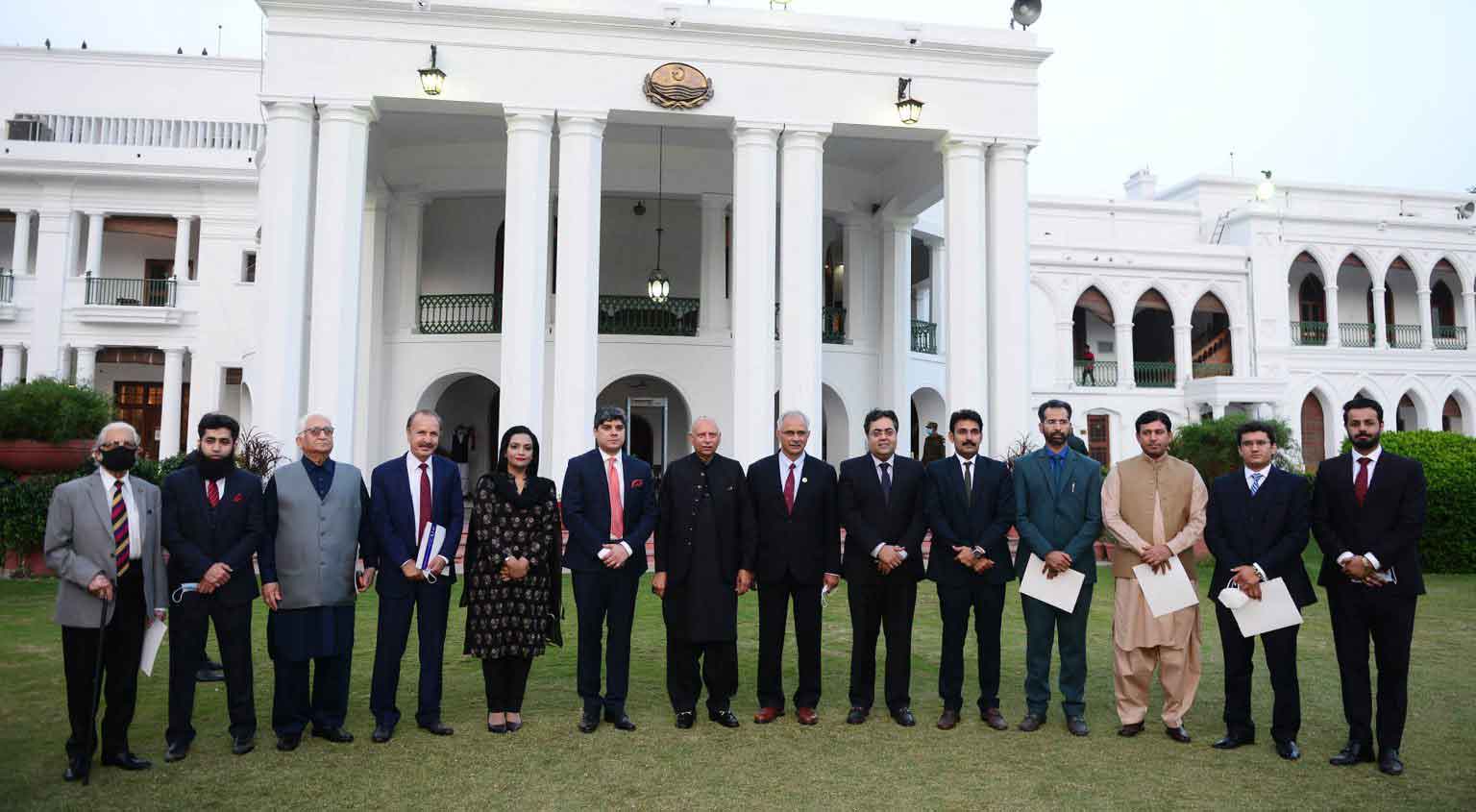 An oath-taking ceremony of the new executive committee of Old Ravians Union (ORU) was held here on Sunday at Governor's House Lahore.
Punjab Governor Chaudhry Muhammad Sarwar administered oath to the newly-elected committee while Vice-Chancellor Prof. Dr. Asghar Zaidi was also present.
DIG Security & Administration Special Branch Lahore Jahanzeb Nazir Khan was sworn in as the new President of the union while Dr. Abdul Basit and Advocate Syed Hussain Rizvi took oath for the posts of General Secretary and Senior Vice President.
Speaking on the occasion, the Punjab governor said the new young and energetic team of ORU would support the University administration and would play a leading role in development of their alma mater.
He said vice chancellors in all public sector universities are appointed purely on merit, and syndicate members and officials of these universities should support them.
The governor said he had also issued direction for regular appointment of Registrars, Treasurers and other officials in universities on merit.
Vice-Chancellor Prof. Dr. Asghar Zaidi congratulated the new executive committee of the Union, saying that elections are over now so does the divisions and groups.
Prof. Zaidi highlighted that the alumni associations of all major universities of the world play a significant role in the development of their Alma Mater, and this is what he wishes to see happen for GC University as well.
The vice chancellor wished that all old Ravians should come together for reviving the glory of Government College University to be one of the top most higher education institute of the world.
DIG Jahanzeb Nazir said that the Almighty Allah has bestowed upon him a great honour by affording me the opportunity to serve as President of the Old Ravians' Union for the next two years. "This opportunity will enable me to pay back to my alma mater atleast a fraction of what I have received from this greatest of the great educational institutions of the sub-continent, he added.
The other members of executive committee included Dr Tanvir Hussain, Ms. Rabia Afzal Wahla, Muhammad Jangair Iqbal Khan, Usman Saeed, Dr. Kiran Khursheed, Dr. Muhammad Zakraya Butt, M. Anwar-ul Haque, Altaf Ahmad Sukhera, Syed Muhammad Farhad Tirmizi, Sultan Nisar Soraya and Abdur Rehman Babar.
University of Health Sciences Vice Chancellor Prof. Dr. Javed Akram was also present.