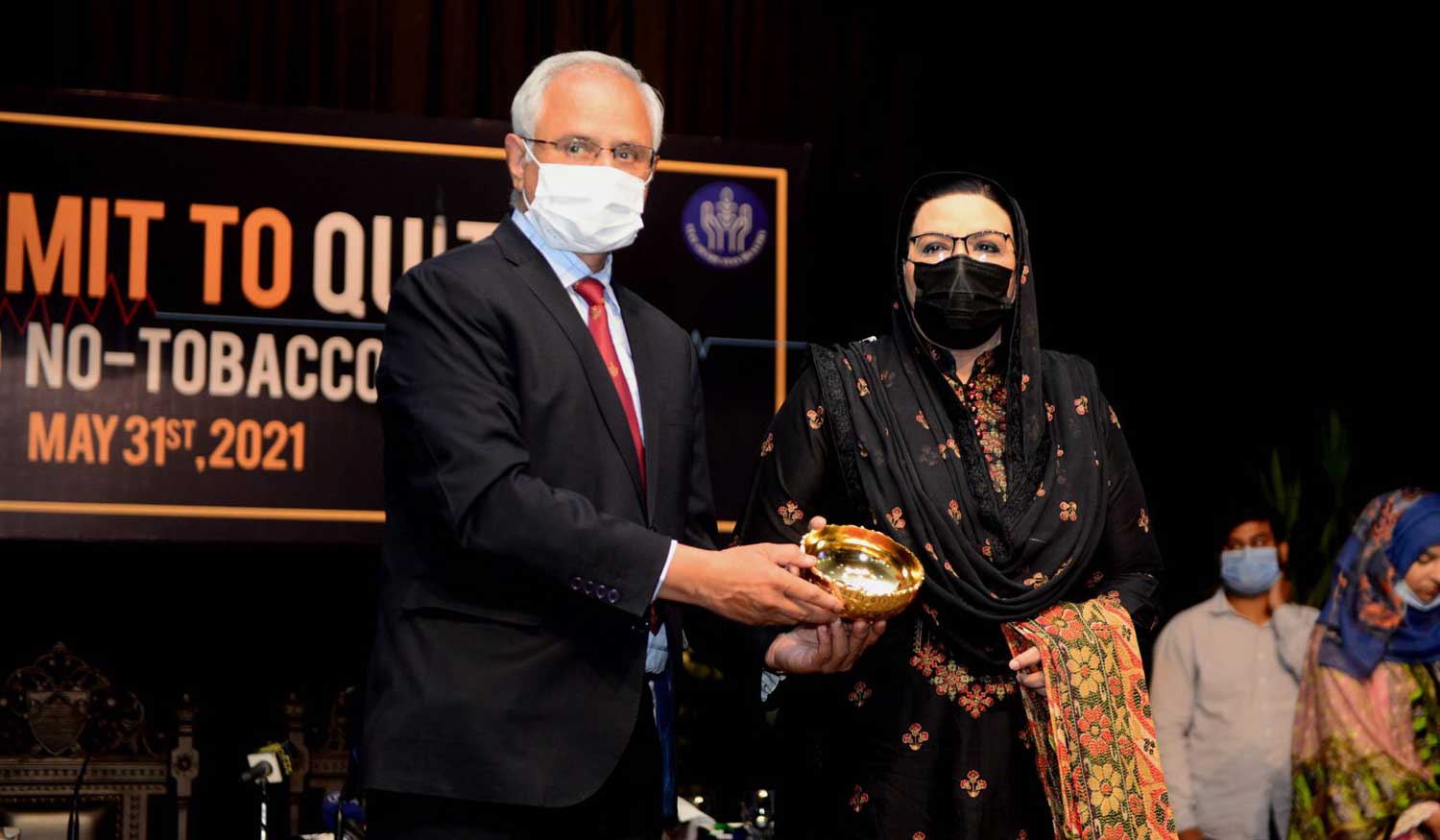 A webinar titled "commit to quit" was held here at the Government College University Lahore on Monday in connection with the World No Tobacco Day under the auspices of the University's Anti-Narcotics Society and Disease Awareness and Prevention Society.
Special Assistant to Punjab Chief Minister Dr. Firdous Ashiq Awan was the chief guest at the webinar hosted by GCU Vice Chancellor Prof. Dr. Asghar Zaidi, while students and teachers attended it online via zoom.
Speaking on the occasion, Dr. Firdous Ashiq Awan said smoking or use of tobacco in any form is a serious threat to human health; it causes cancer, lungs diseases, heart attacks and diabetes in early ages. She said increasing trend of smoking amongst the younger generation was a matter of serious concern and it was the collective social responsibility of the media, educational institutions, government and parents to come forward to check the unhealthy activities.
In reply to questions by students, Dr. Firdous Ashiq Awan said that there was a complete ban on telecasting smoking or use of taboo scenes in dramas and films, but there was a need to ensure effective check on this ban by the sensor board and other government institutions.
In reply to another question, the Special Assistant to Punjab Chief Minister admitted that tobacco having health costs was also one biggest source of revenue for the government. However, she said that the government needs to focus on exporting tobacco.
Vice Chancellor Prof. Zaidi said GCU was empowering the youth by giving them the right to ask i.e. the right to question teachers, experts and public representatives about their actions, social issues, government policies and initiatives at such webinars and events.
He told students the World Health Organisation (WHO) regional office has announced the World No Tobacco Day 2021 Award for Pakistan which was the result of the government's effective anti-tobacco policies.
The Vice Chancellor also spoke about different initiatives taken to make the GCU a drug-free and no-smoking campus, saying  the University was strictly screening and monitoring cafeteria staff and hawkers outside the campus, besides engaging students in surveillance of suspicious activities.