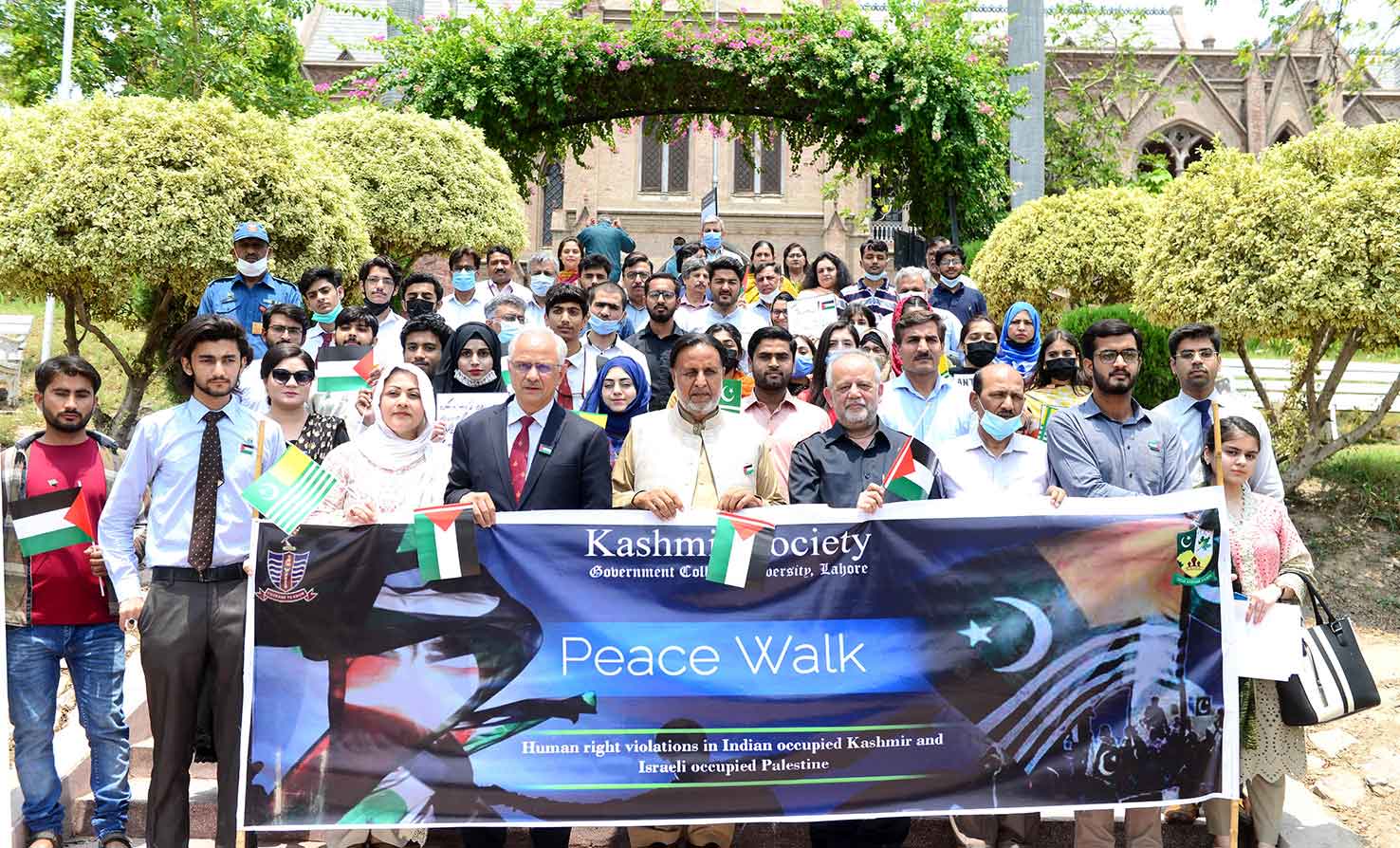 The Government College University Lahore on Wednesday established the Palestine Society to initiate a youth movement against human rights violations and atrocities of Israeli forces.
The announcement to establish the Society was made by GCU Vice-Chancellor Prof. Dr. Asghar Zaidi while addressing a symposium on "human rights violations in Palestine and Kashmir" at the University's Bukhari Auditorium.
Addressing the Symposium, Punjab Minister for Housing and Urban Development Mian Mehmood ur Rashid said the young generation is now more aware and concerned, and they had already proved that they would not give up the fight until the oppression of the Palestinian and Kashmir are over.
On social media, millions of people from around the globe condemned Israel's deadly attacks and repeated violations of Palestinian human rights and international law, he added.
The minister explained the religious, historical, and geographical importance of Palestine, and stated that the only acceptable solution would be according to the geographical status of 1966.
Vice-Chancellor Prof. Zaidi said that GCU would offer admission to around 10 Palestine students, max two in any department, under the scholarship programme of the Organization of Islamic Countries (OIC) for the Palestinians. He added that all 500 Palestinian students coming to Pakistan for studies would gather at GCU for one week of orientation and social networking before joining their respective universities in different parts of the country.
Prof. Zaidi announced that the Punjab Governor Ch. Muhammad Sarwar has been invited to become the joint patron-in-chief of GCU Palestine Society, as he has always been one of the strongest voices for the people of Palestine in the world.
Besides advocacy and awareness campaigns, the GCU Palestine Society would also document the violations of Palestinian human rights and international law. the Vice-Chancellor said.
Addressing via video link, COMSTECH Coordinator General Prof. M. Iqbal Chaudhry said Palestine's educational institutions, from schools to universities, are also victims of Israeli airstrikes along with the killing and arresting of many teachers and students. He called upon the leaders of Muslim countries to provide support and educational opportunities to the youth of Palestine.
Eminent journalist Salman Ghani also addressed the seminar held under the auspices of GCU Kashmir Society.
The seminar was followed by a peace walk which was led by Punjab Minister Mian Mehmood ur Rashid and Vice-Chancellor Prof. Zaidi.