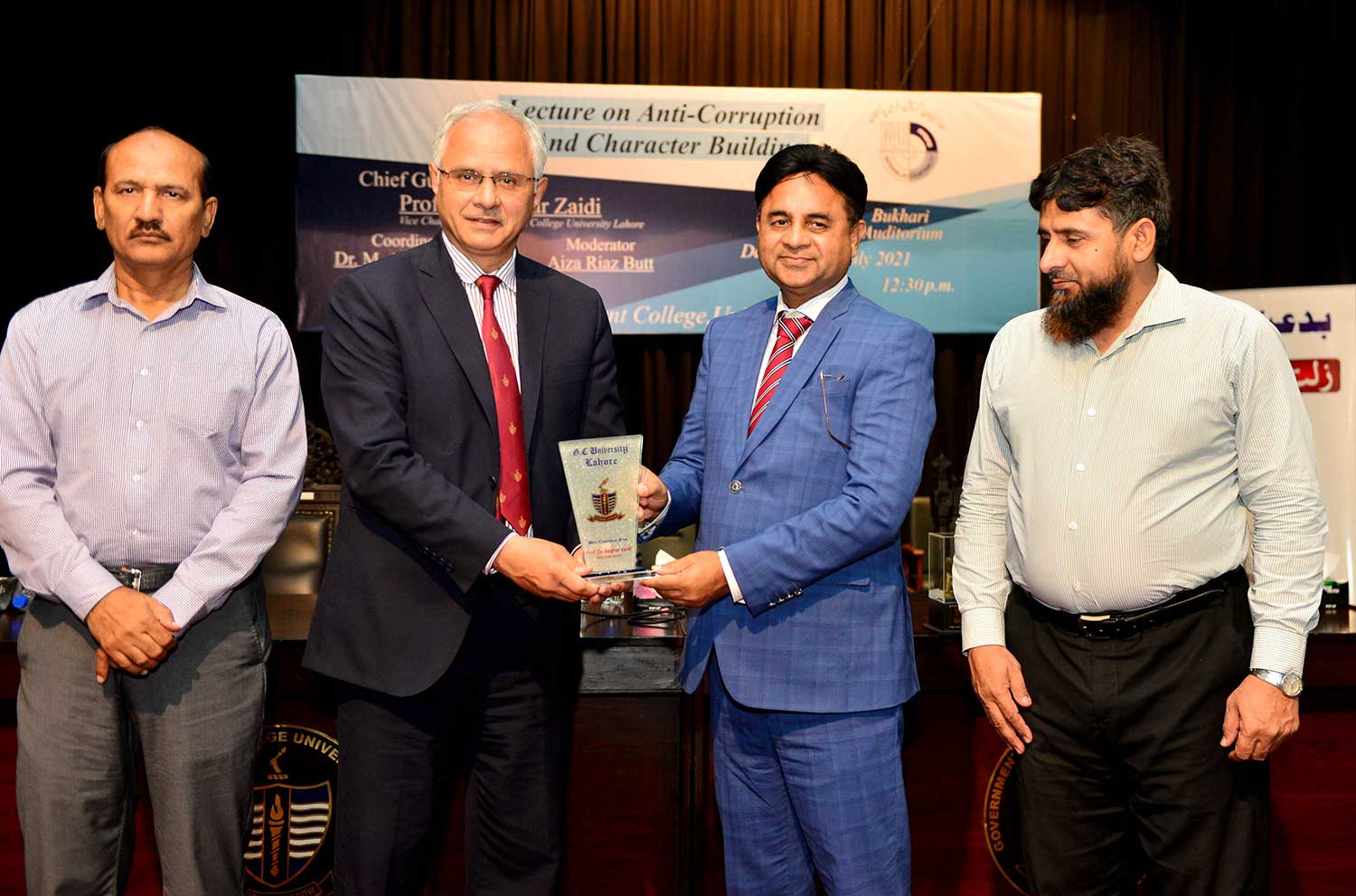 Seminar on fighting corruption at GCU

A seminar on anti-corruption was held here at the Government College University Lahore under the auspices of National Accountability Bureau (NAB).
Vice Chancellor Prof. Dr. Asghar Zaidi chaired the seminar which was addressed by NAB Director Syed Muhammad Hasnain Ahmed Shah.
In his address, Syed Hasnain Shah said corruption is the biggest hurdle in the prosperity of Pakistan. He added that the accountability bureau doesn't take any pressure from government or any section of the society and it recovered around Rs. 500 billion of public money during the last three years.
The NAB director said the Plea Bargain under the NAB Ordinance is not acquittal at all; it's a conviction as accused not only pay his total liability with profits earned from embezzled amount but also losses his/her job and disqualified contesting elections for ten years.
In reply to question about fear of NAB in bureaucracy, Syed Hasnain Shah said honest officer doesn't need to be scared of anybody.
Vice Chancellor Prof. Asghar Zaidi said: we can't fight corruption until we emphasize on morals, values, ethics, and character education of our people. He laid stress that such teaching, learning and pedagogical techniques should be proposed that foster morals, values and ethics in students minds and develop various skills and attributes necessary to become good human being.
He said the university is holding training workshop on civic education to prepare young people to become effective, participatory citizens in a society.
NAB Assistant Director Lahore Ms Munazza Tasnim gave a detailed presentation on efforts of the accountability bureau to eradicate corruption from the society while its achievements till date.