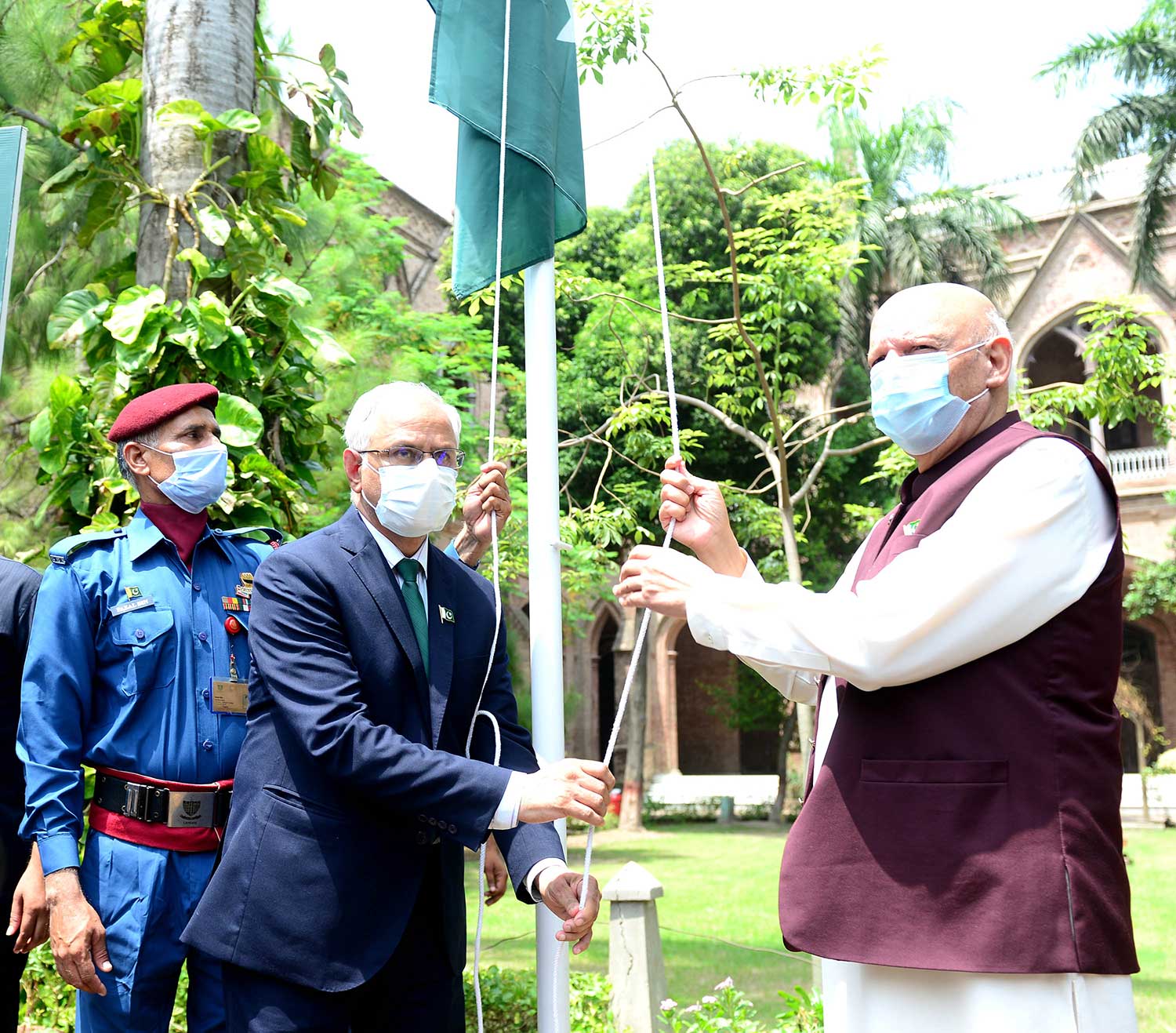 The Government College University (GCU) Lahore on Saturday celebrated the Independence Day at a ceremony marked by colorful musical performances, and debating and quiz contests.
Punjab Governor Chaudhry Muhammad Sarwar along with Vice Chancellor Prof. Dr Asghar Zaidi and academic heads hoisted the national flag at the University’s Amphitheatre while students and staff were in attendance.
Addressing the ceremony, the Punjab governor said that in our Independence Day celebrations, we should not forget our brothers and sisters of occupied Kashmir and Palestine. He said we need to forget our differences and work together to make Pakistan an invincible welfare state.
He said Pakistan couldn't progress until we acknowledge our shortcomings. "More than 20 million children do not go to school, while 80pc children got admitted to hospitals due to drinking of dirty water," he said.
The Punjab governor said Pakistan got benefit of 24 billion dollars from GSP Plus. However, he admitted that Indian lobby was very active against Pakistan, and collective efforts were needed from government, traders and influencers for renewal/ continuation of GSP Plus status.
Talking about the situation in Afghanistan, Ch Sarwar said war is no solution; the Afghan government should negotiate with Taliban.
Vice Chancellor Prof. Asghar Zaidi said Allama Iqbal's philosophy and Quaid-e-Azam's life served as beacons of light for the Muslim youth. He shared his different initiatives for development and progress of GCU, and also reiterated the commitment that he would leave no stone unturned for development of GCU in the realm of research and education. He called upon the GCU faculty and staff members to carry out their individual as well as collective responsibilities sincerely, honestly and justly.
Later, the Punjab governor inaugurated on-campus plantation drive.